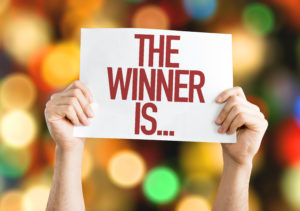 Contributed • December 1, 2022
Eight schoolboy and schoolgirl soccer players have been chosen as this year’s recipients of the Clyde “Butch” Shaw awards.

AROOSTOOK COUNTY, Maine – Eight schoolboy and schoolgirl soccer players have been chosen as this year’s recipients of the Clyde “Butch” Shaw awards.

Each year, the Northern Maine Board of Approved Soccer Officials selects one boy and one girl from Classes B, C and D to receive the award. Award winners are outstanding soccer players, who exemplify the characteristics of respect and sportsmanship.

This year, four athletes were selected for Class D. The award winners are as follows:

Class D – Abbie Lerman of Wisdom and Kayla Maclean of Ashland (girls); and Carsen Cyr of Madawaska and Drew Duttweiler of Hodgdon (boys).

Shaw, a Mars Hill native, became a member of the Northern Maine Board of Approved Soccer Officials in 1972 making him one of the first officials when soccer was just in its early stages of becoming a sport played by both boys and girls in Middle and High Schools in Aroostook County.

He was a well-known and respected varsity basketball and baseball coach at Presque Isle High School. He also loved sports and was known for his motto “Hustle, Pride, Defense.”

A requirement for all athletes, coaches, or officials was respect and good sportsmanship.

Shaw was diagnosed with leukemia in July, 1985 and died in October of that same year, leaving behind his family, friends, and team members.

In the fall of 1986, the Northern Maine Board of Approved Soccer Officials established the “Butch” Shaw Soccer Award which is awarded yearly to an Aroostook County boy and girl in Classes B, C, and D.

Maine’s longest serving legislator, Martin was first elected to the Maine House of Representatives in 1964 when he was 23.
Our Sponsors END_OF_DOCUMENT_TOKEN_TO_BE_REPLACED