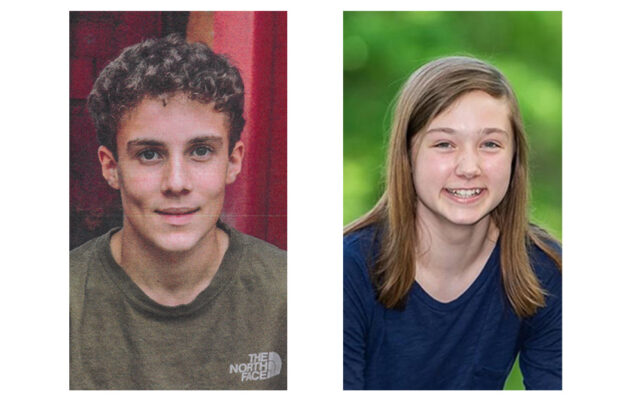 Roy ranked fifth in his class with an academic average of 94 percent.  While in high school he participated in varsity alpine skiing all four years, soccer and baseball.

He won the Class B state giant slalom at the state ski meet, earned second place in the USA Eastern High School Alpine Ski Championship, and was an alpine skiing All-State Champion, All Aroostook Champion and All Regional in skiing.

Roy received the Coaches Award in skiing at Wisdom High School for his team leadership.  He was also in the National Honor Society, on the student council, in the Athletic Club, a class officer and served on the Prom Committee and the Yearbook Committee.  He served the community by being involved at the Ridgewood Estates nursing home.

He will attend the University of Maine at Farmington, where he will also participate on the alpine ski team and baseball team.

Soberg ranked second in her class with an academic average of 97 percent.  She participated in varsity basketball all four years.

In community service and volunteering, she participated in Wildcat Basketball Camp, United Way of Aroostook’s Book Nook, Elks Hoop Shoot, Mapleton Daze craft fair and Santa’s workshop, assisted in middle school girls’ soccer and basketball and was a helper in her church.

Sjoberg will attend Husson College and participate in basketball.

The Maine Sports Legends was developed in 2000 to recognize student athletes for their contributions to athletics in Maine and award them with scholarships.

A banquet will be held in September to honor the athletes and to present them with their awards.  Proceeds from the banquet and the sponsors will fund the scholarship awards.