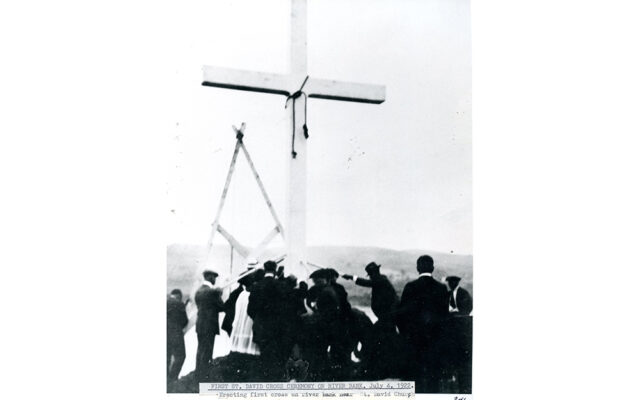 Contributed • June 17, 2022
In June, 1785, after an arduous 10 day journey up the St. John River from St. Anne, the first group of Acadian families set foot on the south shore of the St. John River on land that had been granted to them by the New Brunswick government.

In June, 1785, after an arduous 10 day journey up the St. John River from St. Anne, the first group of Acadian families set foot on the south shore of the St. John River on land that had been granted to them by the New Brunswick government.

They had landed their boats some two miles east of the Wolastokuk village of Matawaskiyak.

Legend has it that the supposed leader of the group, Joseph Simon Daigle, erected a cross of birch at the place where they landed, both as a marker to anyone who would come later, and as a sign of thanks to God for granting them a place they might finally call home. They had hope for the future. 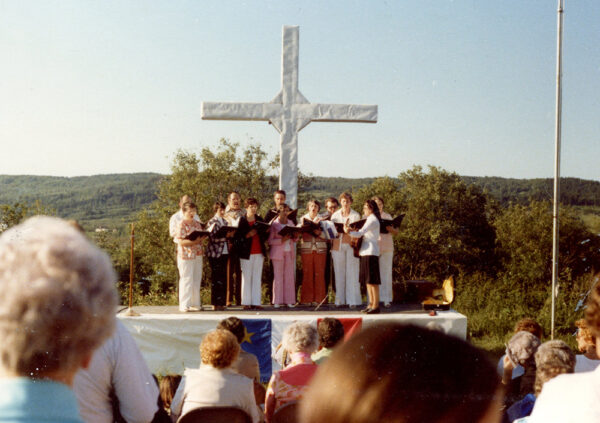 The people of the Valley have always held on to that cross with a sense of pride, a testimony to those who persevered while enduring the well known travail of the Acadian people. They made it a point to maintain their symbol, and many other crosses seem to have followed the original- always on the river bank, but in numerous locations. Some have said that it was usually approximately two miles east of its present location, but that it gradually made its way west. By the early 1900s the cross was said to have been on the south shore directly across the river from the church at St. Basile.

Students who went to Madawaska School District 2 have shared memories that the cross was on the land of Remi Daigle, near the location of the St. David-St. Basile ferry. They remember because every year their teacher would bring them there for a picnic, at which they all would sing Evangeline.

When the St. David Parish celebrated its 50th anniversary in 1922, two parishioners — Baptiste Levesque and Alexis a David Dufour – built a cross and erected it on the farm belonging to George Pelletier, which was adjacent to the St. David Church. This site has since been the permanent location of the memorial to the arrival of the Acadians. We can think that this was considered an important event, as the names of the men who carried the cross erected on that day were dutifully written in a family Bible owned by Eloi Lavoie. Eloi himself helped carry the cross, and he was aided by Fred Daigle, Israeil Daigle, Florent Cyr, Fred Cyr, Thomas Cyr, and Thomas Pelletier.

This is where the cross has stood since then, and this year we mark the 100th anniversary of that site. By1973 local historians had moved to have the site placed on the American National Register of Historic Places. Later, in 1985, on the 200th anniversary of the coming of the Acadians, the humble wooden cross was replaced with a grandiose, massive marble structure.  Over all the years, the location has become a focal point in our celebration of our heritage and culture. Each year gone by since the landing of our ancestors we journey to the site, with a certain feeling of pilgrimage, and celebrate with prayer, with song, with feasting. Here’s to another century.

Tonight will be partly cloudy with lows dipping into the lower-to-mid-50s.
Crown Politics END_OF_DOCUMENT_TOKEN_TO_BE_REPLACED