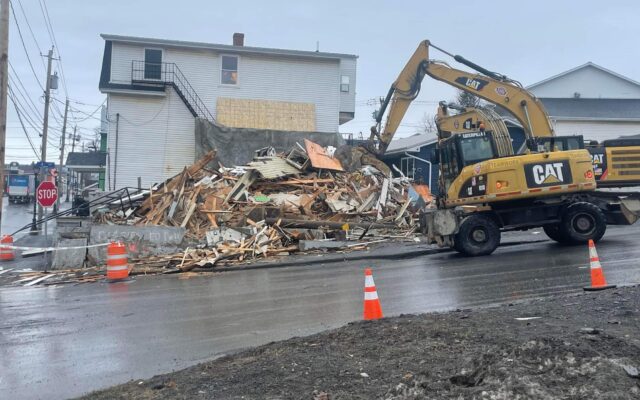 Madawaska streets are clearing out as condemned buildings are torn down

Emily Jerkins, • April 29, 2022
Structures that have been sitting empty and unused are meeting their end to make way for new beginnings as the demolition of several condemned buildings is well underway to clean up Main Street.

MADAWASKA, Maine — Structures that have been sitting empty and unused are meeting their end to make way for new beginnings as the demolition of several condemned buildings is well underway to clean up Main Street.

In December 2018, Mid-Town Realty Associates donated property to the town of Madawaska that consisted of two buildings: one housed The Cubby and Modern Touch Salon, the other had 13 residential units on the second floor and was home to Spectrum and Family Dollar in the Kmart Plaza on Main Street.

The Select Board decided to appoint an 11-member committee to examine the property and determine the best use of the plaza in January 2019. The committee had its first meeting in March 2019 when ideas were bounced around. 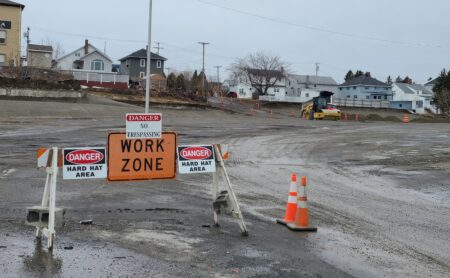 Possibilities for the space included a parking garage, a senior retirement facility, a new grocery store, a microbrewery, an old-fashioned general store, an indoor space for vendors to rent booths and sell crafts or other items and a splash park.

Despite the committee’s efforts, no movement was made on the property until October 2021 when Fish River Rural Health began finalizing plans on a new health care facility that would be built on the lot adjacent to the Kmart building in the plaza.

At a Madawaska Board of Selectmen meeting on Jan. 25, Ed Pelletier & Sons won a bid for the demolition of the two buildings as well as the destruction of another residential building at the corner of 14th Avenue and Main Street, across from the Tim Horton’s parking lot. The bid was for $464,940. 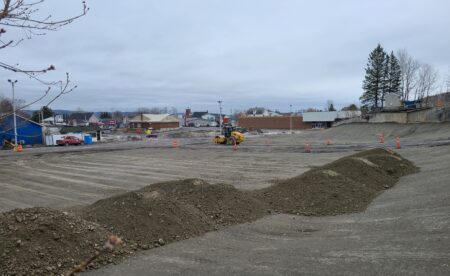 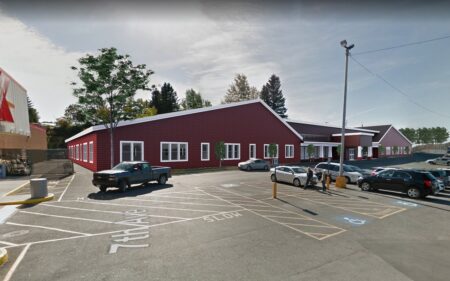 This rendering by Fish River Rural Health’s architecture firm, Harriman, shows a theoretical design for the new health care center. In terms of appearance, the only thing known about the building as of now, is that it will be red and white — Fish River’s signature colors. (Courtesy of Heather Pelletier)

The residential building’s lot will be put up for sale once the demolition project is completed. As for the Fish River Rural Health facility, Madawaska Code Enforcement Officer Denise Duperre said it will take up the majority of the two lots in the Midtown Plaza, and that the balance of the work on the lot will go toward redeveloping the parking lot.

“The town is working closely with Fish River Rural Health engineers,” Duperre said. “The next step is basically surveying, getting the topography done because that is a sloped lot and they need to build on a flat surface. Right now they’re stabilizing those back walls to retain what’s there until the next stage of development.”

Not included in the Midtown Plaza demolition bid was the Madawaska McDonald’s, which had been sitting empty since October 2021. The building’s demolition began April 7 to make way for the new Land Port of Entry to be built by the U.S. General Services Administration. The lot is now empty and without construction equipment and vehicles, but the new Border Patrol station is set to be essentially complete and operational in late 2023. 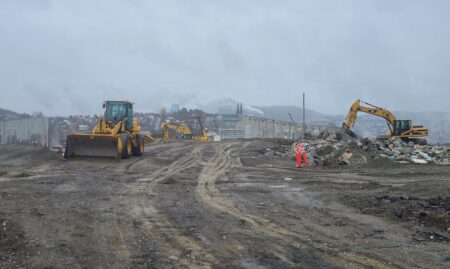 The site of the 48-year-old McDonald’s in Madawaska is now flattened land on April 19, making way for the new land port of entry. (Emily Jerkins | St. John Valley Times)

The Aroostook County Republican Committee will hold their election year County-wide caucus from 9 a.m. to noon on Saturday, Feb. 12, at the Presque Isle Inn & Convention Center.
Our Sponsors END_OF_DOCUMENT_TOKEN_TO_BE_REPLACED