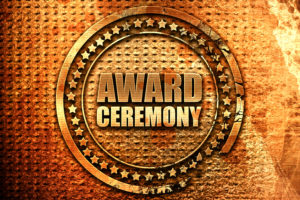 Those attending were welcomed by Evan Graves, Caribou High School athletic administrator, followed by a catered meal. Graves introduced the guest speaker, Mike Chasse, owner of the family business, Bike, Board and Ski in Presque Isle.

Chasse graduated from Presque Isle High School as the salutatorian of his class, where he also excelled in soccer, alpine skiing and track and field and continued his education at the University of Maine Orono.

His love of skiing led to being employed by Dopplymyer CTECH, a company which designs and installs ski lifts. Chasse has been recently inducted into the Maine Ski Hall of Fame, Presque Isle High School Hall of Fame and received the 2021 Aroostook Achievers Award

The hard work, perseverance, respect and dedication that he shows day to day is a great  representation of what it means to be from Aroostook County.

The Aroostook League presents $400 awards to five boys and five girls each year to be presented to the students upon successful completion of their first semester of their freshman year in college.

Cloudiness in the region Thursday afternoon along with a slight chance for isolated showers Thursday night and Friday.
Crown Politics END_OF_DOCUMENT_TOKEN_TO_BE_REPLACED