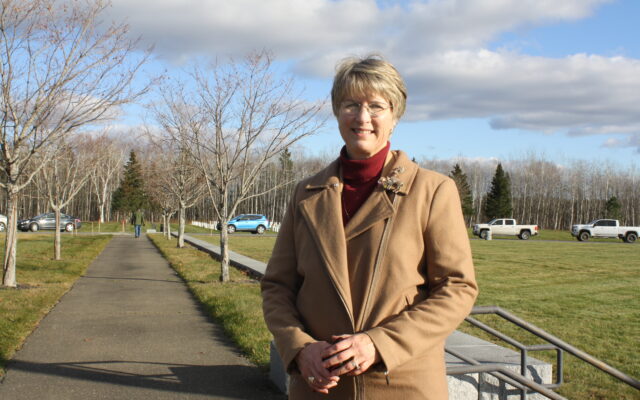 Melissa Lizotte • November 16, 2021
A familiar face to Aroostook County residents has announced her candidacy for the Maine State Senate.

CARIBOU, Maine — A familiar face to Aroostook County residents has announced her candidacy for the Maine State Senate.

Bernard has served as a House Representative for District 149, which includes Caribou, New Sweden and Westmanland, since winning her first term in 2020. With her latest bid in place, she will go against Allagash native Jackson in the November 2022 election.

“I’m running because I want to be a supporter of issues that impact rural areas across Maine, including here in Aroostook,” Bernard said.

Part of Bernard’s motivation to run came from wanting to seek a larger platform for helping Aroostook’s agriculture and forestry industries, promoting small business growth and finding solutions to combat out-migration and related issues of workforce development, she said.

While serving in the House, Bernard has maintained her position as executive assistant to Northern Maine Community College President Tim Crowley, and remained involved with Aroostook Partnership’s Education to Industry committee and the Northern Maine Growth Initiative. She hopes to continue advocating for measures that will bring more qualified workers to Aroostook.

“We have plenty of jobs, but we’re losing our workforce. We need people willing to come back here or move here from other places,” Bernard said.

Bernard has spent much of her professional career in her native Aroostook County. She served as news director for WAGM-TV for more than 20 years beginning in 1980.

After moving to Portland in 2002, Bernard began her tenure as the bishop’s spokesperson at the Roman Catholic Diocese or Portland. She returned to The County in 2012 after becoming dean of development and college relations at NMCC.

Aside from supporting the economic growth of rural Maine, Bernard also hopes to forge greater connections with colleagues across party lines. She said the most surprising thing she has experienced in the House is realizing just how much legislators in both parties vote based on party affiliation rather than the issue at hand.

“It’s frustrating to be in the minority when you see Democrats voting one way and Republicans another way 99 percent of the time,” Bernard said. “I want to have a larger voice in looking at legislation in a more independent way.”

Maine’s longest serving legislator, Martin was first elected to the Maine House of Representatives in 1964 when he was 23.
Our Sponsors END_OF_DOCUMENT_TOKEN_TO_BE_REPLACED