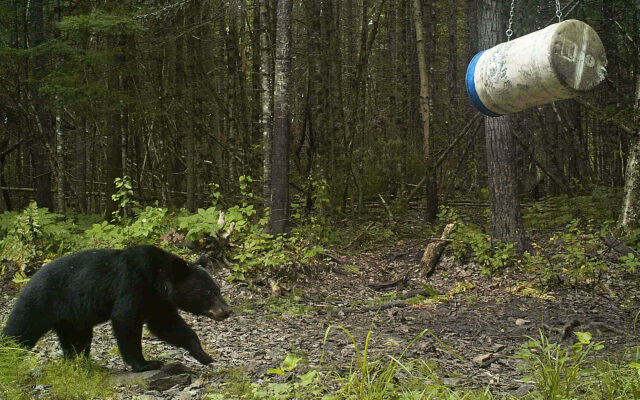 The many ways to bag a bruin

Bill Graves, Special to the Fiddlehead Focus • September 9, 2021
Aroostook County has a large population of bear, and the numbers are increasing each year while the fall hunting season harvests are not. State biologists estimate at least 36,000 black bear throughout the state and a large percentage occupy the Crown of Maine.

Aroostook County has a large population of bear, and the numbers are increasing each year while the fall hunting season harvests are not. State biologists estimate at least 36,000 black bear throughout the state and a large percentage occupy the Crown of Maine.

Despite predictions of abundant natural food sources it should be a productive season. Since northern Maine hasn’t received as much rainfall as southern counties, there’s less wild food available and bruin should visit bait sites and grain fields to supplement.

There are four prime tactics to bag a bruin. The most popular and productive is to establish a bait site, and even with pastries, trail mix and caramel popcorn to tempt the “black ghost,” success runs 25 percent or less. A bear’s eyes are good, its hearing even better and its ability to literally smell trouble outstanding. Despite the hunting season being underway, there’s still time to set a site.

Moose and deer sightings are fairly common, but not so much with bruin, despite there being so many nearby. I live about a mile from Main Street in Presque Isle and see bear surprisingly often in my back field. All prospective hunters need to do is select a wooded location away from heavily traveled roads and ATV trails and somewhat close to a water source, and obtain landowners’ permission to set up a bait site this month. Believe it or not, there are dozens of likely locations within a 20-minute drive from your house.

Bear baiting season lasts until Sept. 25, and it’s certainly not too late to set up a site. More and more individuals are attempting to save time as well as money on bait and gas for travel by starting later in the season. Just two years ago one of my acquaintances spotted a nice size bear on two consecutive afternoons in one of his fields during the third week of bear season. By the next morning a five-gallon bucket was wired to a tree and filled with pastries about 50 yards back in the woods from the field edge. A day later the bucket was empty so he added food and set up a ground blind and cleared a bit of brush for a shooting lane 30 yards away. On the afternoon of the third day, a single shot put meat in the freezer for winter, proving it’s never too late to bait. 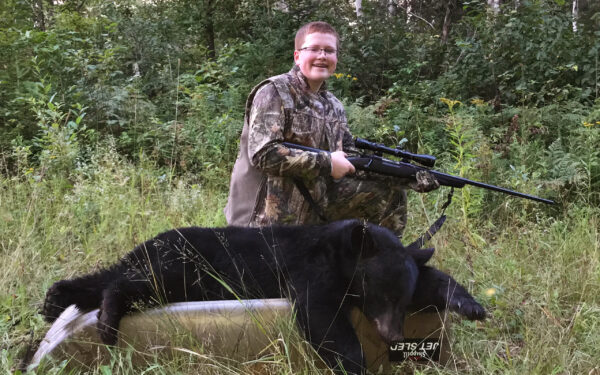 Charlie Anderson of Weston, Massachusetts, traveled up to Maine for a youth day bear hunt and enjoyed success and a winter’s supply of tasty meat. (Courtesy of Bill Graves)

For hunters who don’t fancy hunting over bait or don’t have the time to set up and maintain a site, alternative options are to stalk and shoot or sit and wait on a natural bait location. Aroostook boasts thousands of grain fields, wild apple orchards, raspberry and chokecherry patches and beech nut ridges, all easy access for hungry bruins.

Drive the country or field roads looking for feeding bear, or get into the woods and second-growth fields looking for tracks, well-used game trails, droppings or claw-marked trees to prove bear are visiting regularly. Then it’s just a matter of putting together a small hide with nearby brush and leaves along a field edge, travel path or fruit or nut patch and wait for a bear to arrive to feast.

Another style of bear hunt that many out-of-staters travel to Maine to experience with guides and outfitters is a hound hunt. Bear hunting behind a pack of dogs can be a strenuous outing, but very rewarding and exciting as large bruin are often treed and eventually tagged.

A few dog enthusiasts own and train their own bear-trailing hounds, but most sportsmen hire an experienced guide with his woods-wise pack of canines. The longer hunt-with-dogs season begins Sept. 14 and runs through Oct. 29, so there’s lots of time to track and tree a black bear for a rare heritage-style hunt.

Hunters who bag a bear with a bow or firearm can also take a second bear by trapping each year. Trapping is actually a misnomer, since the steel-jawed, foot-hold traps are long gone in favor of cable snares. These sliding and locking leg loops of metal cable that are anchored to a nearby tree are very effective and much more humane. There are specific guidelines regarding equipment and proper setup in the hunting regulations handbook and online, and this second-opportunity hunt started Sept 1 and goes to Oct. 31.

Last but certainly not least is the general bear season, wherein a hunter can pursue black bear using normal big-game hunting tactics. To be honest, most bruin tagged without use of bait, dogs and snares between Aug. 30 and Nov. 27 this fall, or any year for that matter, will be happenstance kills. Bear are wily, wary, cautious animals, more than deer, moose or wild turkey in my experience, which is why even baiting techniques seldom surpass a 25 percent success rate, It is possible to spot a bear from a tree stand or while still hunting deer or other game, so a few are tagged during the late season on years they don’t go to den early.

Regardless of your choice of hunting method, or if you choose to do your shooting with a camera, bear season is underway with many more weeks ahead. Set up, gear up and hit the fields and forest in pursuit of the “black ghost.” 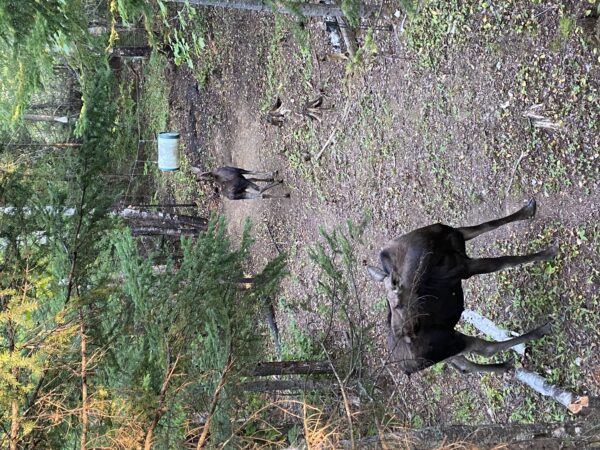 Bear baiting sites offer a lot of interaction with wildlife other than “the black ghost of the North Woods.” Here are a couple of visitors the author enjoyed filming. (Courtesy of Bill Graves)

High pressure will drift east today as a low pressure area and associated fronts moves towards the Valley from the west.
Our Sponsors END_OF_DOCUMENT_TOKEN_TO_BE_REPLACED