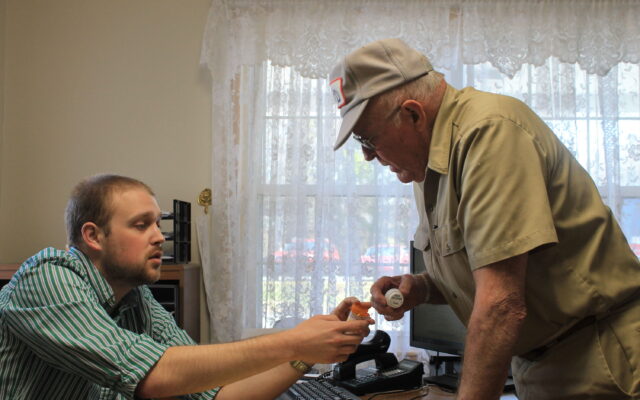 PRESQUE ISLE, Maine — Aroostook County folks are known for their work ethic, a character trait for which Albert “Al” Cyr will long be remembered.

Cyr died last week at age 90 at Leisure Village in Presque Isle. He built the very senior citizen apartment complex in which he lived out his last years.

As a young man, Cyr quickly developed a reputation for farming success and was tapped to join numerous organizations including the Maine Potato Council, Maine Marketing Agreement Committee and Maine Potato Growers, and became director and later president of Aroostook Federation of Farmers. He also served on the Aroostook County Farm Bureau, Credit Farm Services and the Agricultural Bargaining Council.

In 1961, he was recognized as Outstanding Young Farmer of Maine.

“All of the many potato boards that he sat on [helped] to ensure the success of his farming operation,” son Philip Cyr said. “He knew that if all farmers succeeded, he would succeed, and used his knowledge and firsthand experience to help guide these farming operations.”

His offspring went on to work at and own these homes in adulthood, and some started their own business ventures. His children are son Paul and wife Karen, daughter Rose-Marie, and son Michael and wife Carla, all of Presque Isle; daughter Margaret Daigle and husband Maurice of St. Leonard, New Brunswick; son Phil and wife Bonnie of Caribou; and daughter Janet Morrill of Bangor. His family also includes several grandchildren and great-grandchildren.

“He was first and foremost a businessman who taught his children that if you want something in life, you’re gonna have to work for it, and he told me several times that work meant no less than six days a week because God only took one day off and we were no better,” Philip Cyr, who now owns Caribou Rehab, said.

When his wife of 66 years, Anne (Dionne) Cyr, became ill, Al Cyr moved her into Leisure Village, where he felt she would get the best care. He later joined her in the facility, now owned by grandson Doug Cyr, with grandson Greg Cyr handling bookkeeping there.

Al was a family man, according to daughter Rose-Marie (Cyr) Louten.

“He was always a help to each of his children whenever we had projects going,” Louten said.

This included when Louten’s husband died and Al Cyr became a surrogate father to her 3-year-old son.

Al Cyr also provided college funds for each of his grandchildren.

When not working, he enjoyed music, especially Acadian music, reading and genealogy.

“He traced the family tree all the way back to Normandy, France,” Louten said.

Philip Cyr said he has received many condolences from people in the community following the death of his father.

“Along with them came statements like ‘He was a force to be reckoned with,’” he said. “Never mind what the crowd was doing — if he had a better way, he did it his way. In other words, he was an individual who made his own decisions based on his own research and information and didn’t care what the crowd was doing. He was going to do things the way he thought they should be done.”

“He never asked anything of anybody that he himself wouldn’t provide. He didn’t sit back in a chair and order people around; he usually was there with his sleeves rolled up in the middle of it working typically harder than anybody else around,” he said,.

Louten described her father as “full of energy and full of life.”

“Unfortunately he came into a couple illnesses in his late 80s, or I think he would still be going today,” she said.

“His contributions to the community and business development here in The County were remarkable,” Pelletier said. “His legacy will live on for generations.”

A cold front will stall out along the Downeast coast while high pressure builds into the Valley from the northwest today and tonight.
Our Sponsors END_OF_DOCUMENT_TOKEN_TO_BE_REPLACED