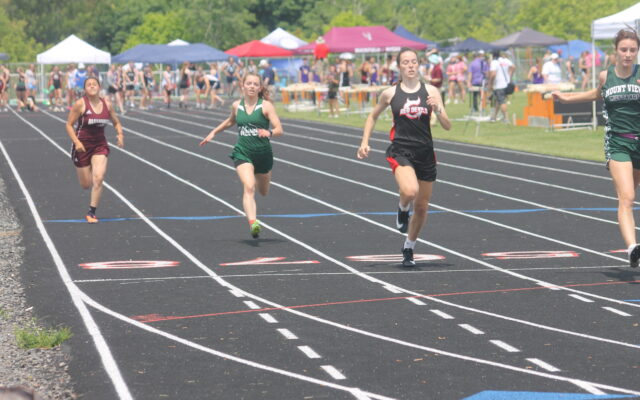 Joseph Cyr • June 15, 2021
The state track and field championships were held at Brewer High School for Class C and Morse High School in Bath for Class B on Saturday, June 5.

BREWER, Maine — The state track and field championships were held at Brewer High School for Class C and Morse High School in Bath for Class B on Saturday, June 5.

In the girls Class C competition, Houlton/GHCA was the highest ranked local squad as the Shires finished sixth out of 30 squads with 32 points. Fort Fairfield placed 18th with eight points, followed by Fort Kent at 25th with two points.

In the boys competition, no local squads had enough runners to score as a team.

“Our kids have turned out meet after meet, pushing their limits every time and this meet was no exception,” Houlton/GHCA coach Chris Rines said. “New personal bests were set, a few school records broken, a couple podium finishes, and a state championship winning 4x400m relay win was earned.”

The highlight of the meet for Houlton/GHCA was the girls 4×400 relay team of Isabella Ardell, Sam Johnson, Elena Ardell, and Emma Ardell.

“Two years ago, the same team as freshmen and a sophomore put up an amazing time of 4:20 at Mt. Blue in the state championships of 2019,” Rines said. “They fell just short that year with a second place performance. It was a long wait with the 2020 season being canceled last year, but they were ready.”

The quartet set a new school record, winning the state championship with a time of 4:19.39.

The full Class C state championship results for girls can be found online at: http://www.sub5.com/wp/wp-content/uploads/2021/06/Class-C-State-meet-girls.htm.

The full Class C state championship result for boys can be found online at: http://www.sub5.com/wp/wp-content/uploads/2021/06/Class-C-State-meet-boys.htm

For Class B, Caribou was the highest placing squad in the girls competition as the Vikings tied for 20th with six points. Presque Isle tied for 27th place with two points.

The full Class B girls results can be found online at: http://www.sub5.com/wp/wp-content/uploads/2021/06/Class-B-State-meet-girls.htm

For Class B boys, Caribou placed third with 64 points, while Presque Isle was ninth with 31 points.

Viking Caleb Robbins won the state title in the pole vault with his height of 12 feet.

The full class B boys results can be found online at: http://www.sub5.com/wp/wp-content/uploads/2021/06/Class-B-State-meet-boys.htm 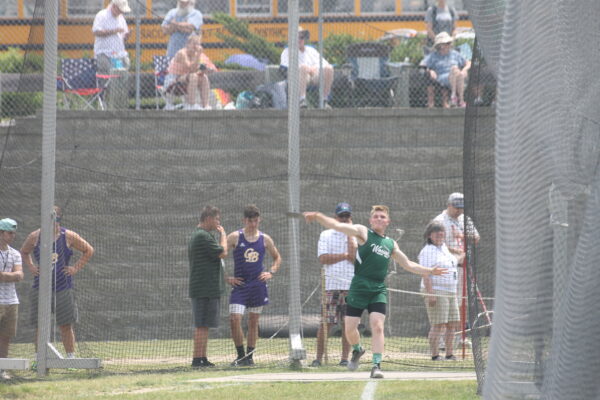 A ridge of Arctic air will build into the Valley today with temperatures only reaching around 0 degrees for a high in Fort Kent and falling into the minus-25- to minus-30-degree range tonight across northern Maine.
Crown Politics END_OF_DOCUMENT_TOKEN_TO_BE_REPLACED

Three candidates are vying for two seats on the Fort Kent Town Council. Voters will decide which of the three -- Corey Pelletier, Brandon Dayton or Andrew Caron -- will get a seat during the town’s annual election on Monday, March 22.
Our Sponsors END_OF_DOCUMENT_TOKEN_TO_BE_REPLACED