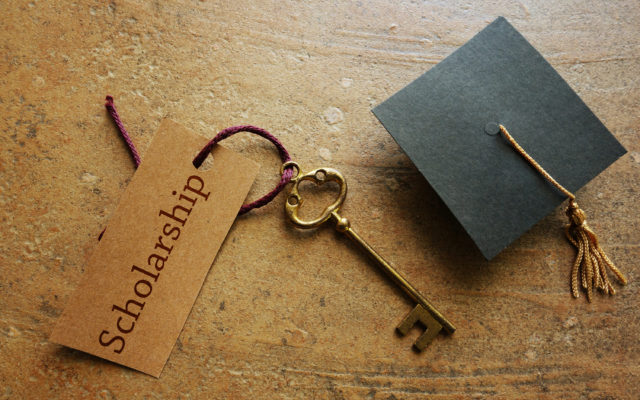 Contributed • May 19, 2021
The University of Maine at Fort Kent has announced its annual student awards and scholarships recently presented to both undergraduate students and those who graduated this spring.

The Gretchen Prize in Fine Arts, which recognizes a student who shows exceptional initiative and industry in the visual arts, was awarded to Tolulope Oyeniyi (Calgary, Alberta).

Kimberly Blanchette (Frenchville) was honored with the Behavioral Science Award, which is given to an academically strong graduating senior, who has either majored or minored in the behavioral sciences program.

The Biology Award was presented to Lea Pelletier (Wallagrass) which is given to a student in recognition of academic excellence and expected future contributions within the area of biology.

Tolulope Oyeniyi was named the recipient of the Computer Applications Award, for her high-grade point average in computer science courses and future growth and development potential in the computer applications field.

For his outstanding achievement and positive attitude toward learning, forestry student Adam Bagley (Parkman) was presented with the Applied Forest Management Award.

The Cybersecurity Award was presented to Dylan Jurson (Houlton) for his academic excellence and expected future contributions within the area of cybersecurity.

The Emergency Management Award was presented to Christopher Fox (Hampden) for his academic excellence and expected future contributions within the area of emergency management.

Benjamin Ruest (Madawaska) received the Criminal Justice Award for his academic achievement and demonstrated active in the discipline.

The Conservation Law Enforcement Award was given to Connor McLain (Rochester, New Hampshire) in recognition of academic excellence and future contributions within the area of conservation law enforcement.

Benjamin Ruest earned the Associate of Arts Academic Achievement Award for his outstanding work toward attaining a two-year degree.

The Associate of Science Academic Achievement Award was awarded to Jonathan Haley (Fort Kent) for his outstanding work toward attaining a two-year degree.

The Dean’s Award, is awarded to a junior or senior student with a high-grade point average and has demonstrated scholarly attributes, was presented to Tolulope Oyeniyi.

The Haenssler Prize Award, is given to a graduating senior who has shown courage in overcoming all obstacles in achieving high academic standing, was presented to Luke Mason.

High pressure will drift east today as a low pressure area and associated fronts moves towards the Valley from the west.
Our Sponsors END_OF_DOCUMENT_TOKEN_TO_BE_REPLACED