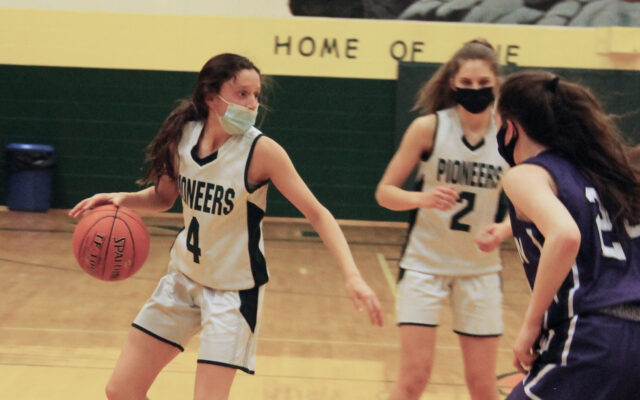 ST. AGATHA, Maine — The undefeated streak of the Wisdom girls basketball team came to an abrupt end Monday, March 8, in the Division II championship.Facing Southern Aroostook, one of the dominant girls basketball teams in Class D, the Pioneers were hoping to continue their winning ways in the pursuit of a perfect season. The Warriors from Dyer Brook thought otherwise as the visitors came away with a 53-44 victory in the Aroostook League Division II championship.

Wisdom ends its season with a 10-1 overall record, while Southern Aroostook improves to 14-1. The Warriors face Division I champion Presque Isle (14-0), 6 p.m. Wednesday at Presque Isle High School. Presque Isle is the only team to beat SA on the season.

“I really thought we had a chance to work it,” Wisdom head coach Scott Pelletier said. “Southern Aroostook is good, though. They’re tall … they’ve got a lot of length, and they’re a fast team.”

For Southern Aroostook, Madison Russell led scoring overall, putting up 18 total, joined by Cami Shields with 13, Madison Shields and Paige Vose each with eight, Emma Nadeau, who put up four before leaving the game, and Kacy Daggett had two.

Olivia Oullette led scoring for Wisdom with 14, followed by Chantal Ackley with nine, Lilly Roy with seven, Emma Chamberland and Abbie Lerman each with six, and Lillian Cox had two.

Southern Aroostook has been a dynasty in the small school division for the past several years. The Warriors won back-to-back state Class D titles (2018 and 2019) and nearly brought home a third in 2020, falling just short of that goal.

SA showed that poise in the first half, jumping to a 33-17 lead at the break. That lead came despite the loss of one of the Warriors’ key players — senior Emma Nadeau — who left the game after suffering a separated shoulder in the second quarter. Nadeau had to be taken to a local hospital for evaluation.

SA coach Cliff Urquhart said Nadeau will not be able to play for the Warriors in the Aroostook County championship game because of the injury. “She will be out for a few weeks,” he said. “It’s a tough loss. I feel bad for her.”

Wisdom rallied in the second half, thanks to a 12-0 run to open the third quarter. Plus, with the Pioneers defensive game at its best all night, the team was able to cut Southern Aroostook’s lead to four (33-29).

A series of Southern Aroostook free throws, however, helped get the Warriors’ edge back, and they were able to run the lead back to 10 by the end of the quarter. 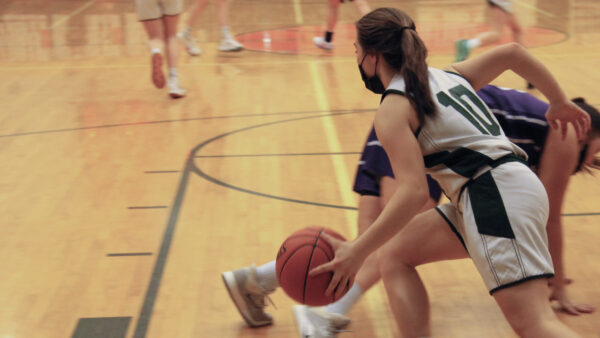 Wisdom’s Abbie Lerman sprints to clear the ball from Pioneer territory in the second half of the March 8 playoff game vs. Southern Aroostook. (Hannah Catlin | St. John Valley Times) 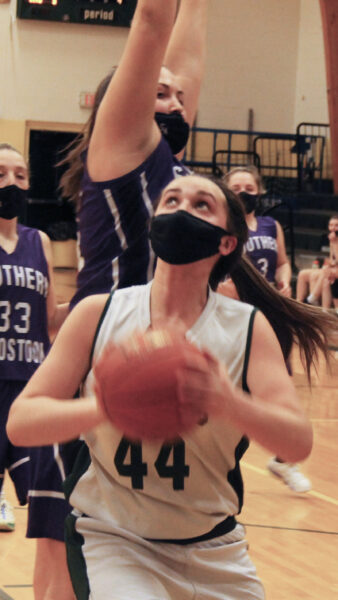 Ultimately, Southern Aroostook saw some of its first half spark return in the final quarter and were able to put an end to all Wisdom’s attempts at a comeback.

“We gave them a run, and that, to me, is pretty commendable,” Pelletier said. “I’m just happy that we showed a lot of heart tonight and played toe to toe.”

“This was a great game, it was well-fought, Wisdom played great and we were fortunate enough to come out with a victory,” coach Urquhart added. 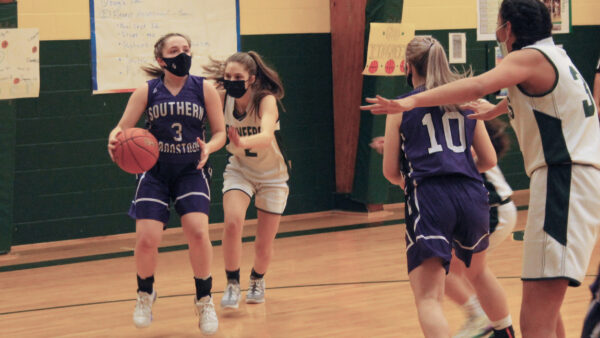 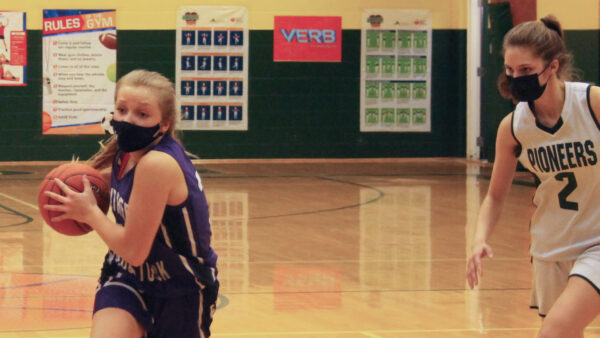 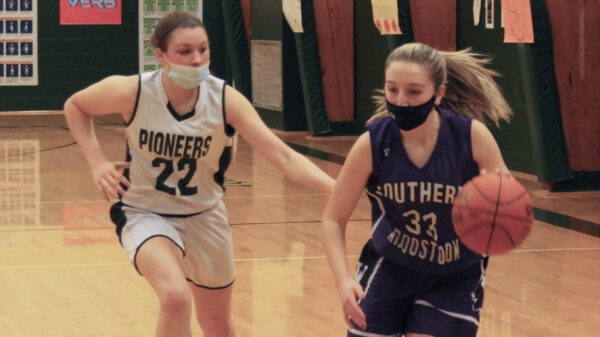 Low pressure south of Nova Scotia and its associated upper-level low pressure area will continue to draw moisture over the area aloft keeping plenty of clouds as well as a chance for some scattered showers through the afternoon.
Our Sponsors END_OF_DOCUMENT_TOKEN_TO_BE_REPLACED