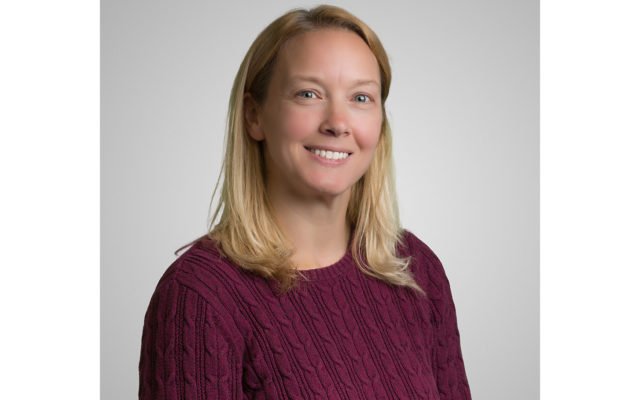 In her new position as an officer of the bank, Sue will supervise the appraisal specialists and continue to be responsible for overseeing all aspects of the appraisal department including real estate evaluations.

“Ever since Sue joined the bank in 2006, she has exhibited a great work ethic and has been able to succeed with any new responsibilities we’ve given her,” said Kevin Plourde, senior vice president, credit administration.

“This promotion is a direct result of all the hard work that she’s put in since joining Katahdin Trust and I’m proud to be able to congratulate her on this achievement,” Plourde said.

Based out of the bank’s Presque Isle office, Fox has held several different roles during her time with Katahdin Trust. She joined the bank in 2006 as a part-time teller in Presque Isle and then transitioned to full-time in 2007. Later that same year, she became a Commercial Services Assistant.

Sue is a graduate of the University of Maine and resides in Presque Isle with her daughter, Brynna, and son, Connor.

As election season winds down to its final stretch, candidates are raising money to fund their campaigns, hoping to prevail in the Nov. 3 election, which has already seen millions of Americans cast their ballots in early and absentee balloting.
Apex Weather END_OF_DOCUMENT_TOKEN_TO_BE_REPLACED

Low pressure that produced yesterday's Nor'easter will continue to move away from the region in the Maritimes. A large upper-level low associated with the system will move east across the region today.
Our Sponsors END_OF_DOCUMENT_TOKEN_TO_BE_REPLACED