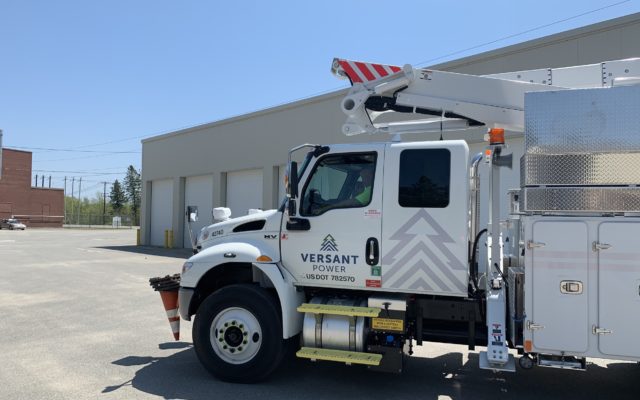 Busy beaver causes outage for more than 10,000 in Aroostook County|

CARIBOU, Maine — A “very ambitious beaver” chewed down a tree between Fort Kent and Frenchville on Dec. 21, resulting in a power outage that left more than 10,000 in Aroostook County without power, according to Versant spokesperson Judy Long.

By 3:55 p.m., roughly half an hour after the outage first occurred, 2,389 customers in Fort Kent were without power, representing more than 98 percent of the town’s customers. Additionally the outage affected 1,943 in Madawaska, 785 in Caribou, 746 in Eagle Lake and 620 in Frenchville.

Versant spokesperson Judy Long said they were able to isolate the area where the fault originated and get all customers back online within a couple hours. The next morning, crews conducted a patrol of the area and found that the outage was caused by a tree that had fallen on a transmission line between Frenchville and Fort Kent.

And In the process of removing the tree and getting things repaired, workers discovered the beaver’s marks on the tree, and determined that the large rodent was responsible for the downed line.

Altogether, 10,767 in Aroostook were affected during the two-hour outage.

A weak disturbance will drop down from the northwest tonight triggering some snow showers across Fort Kent and vicinity as it moves through with no significant accumulation expected.
Our Sponsors END_OF_DOCUMENT_TOKEN_TO_BE_REPLACED