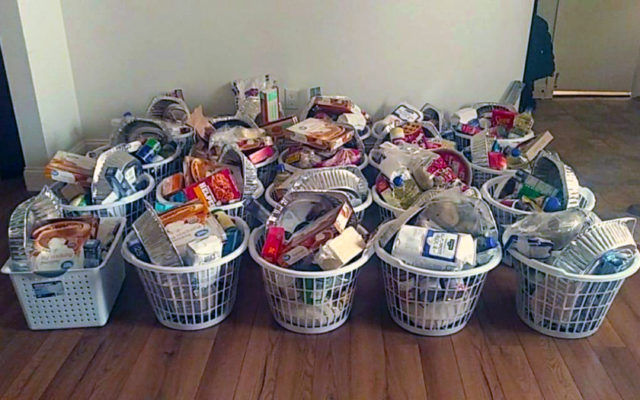 David Marino Jr. • November 25, 2020
The Facebook group Beers for the bearded - Aroostook and a Presque Isle woman with a vision have made it possible for 20 households in eight towns across The County to have Thanksgiving dinner this year.

PRESQUE ISLE, Maine — The Facebook group Beers for the bearded – Aroostook and a Presque Isle woman with a vision have made it possible for 20 households in eight towns across The County to have Thanksgiving dinner this year.

As the COVID-19 pandemic disrupts the economy and Thanksgiving travel plans, Veronica Violette, 30, of Presque Isle said she wanted to help people who may be going hungry during the holiday. In the weeks before Thanksgiving, she solicited donations of food and funds over Facebook, especially in the group she administers: Beers for the bearded – Aroostook.

Members of Beers for the bearded send gift baskets to men across Aroostook County, usually containing beer and snacks. It is part of a similar trend seen across The County that includes groups that deliver baskets centered on wine and candy.

“I just thought: if they are being this generous to each other, maybe they can help me help needy families in Aroostook County,” Violette said.

The donation and fundraising drive reflects a renewed desire for giving in a region that has seen many lose their jobs due to economic effects of the COVID-19 pandemic. It also shows the continued importance of social media sites like Facebook as an organizing tool, especially in rural communities.

The goal of the baskets was to give the recipient everything they needed for a home-cooked Thanksgiving meal: a turkey, stuffing, cranberry sauce and vegetables. The items were different in each box, with some containing biscuits, flour, vegetable oil, pie and a roasting pan. 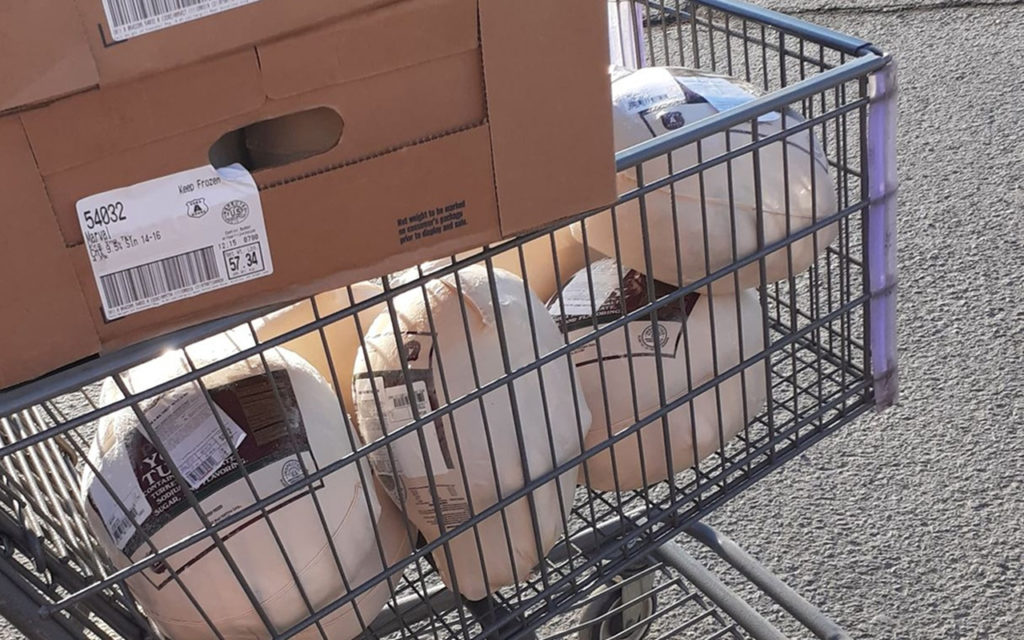 Violette initially hoped to put one basket together — she ended up dropping off 20.

Donations poured in from the group and other community members: they donated over $200 and 200 items. Violette and Beers for the bearded Co-administrator Adam Murchison — who donated several items himself — encouraged giving by putting donors up for a prize box in a raffle. Violette also put some of her own money toward the effort.

Violette found recipients by asking people who were interested in receiving a basket — or knew someone who would need it — to contact her.

Violette tried to minimize interaction with recipients because of COVID-19, but a couple of people did catch her as she dropped the items off. She said they were appreciative of the help.

“They had tears in their eyes,” Violette said. “I could tell that some people really needed it.”

Violette — who said she had done charity and donation work in the past — didn’t want to stop the holiday spirit of giving in November: she hopes to collect donations and items to give out to people who will spend Christmas time in the hospital.

“No one should be sad or lonely or going without,” Violette said. “I know what that feels like, and it’s heartbreaking.”

A weak disturbance will drop down from the northwest tonight triggering some snow showers across Fort Kent and vicinity as it moves through with no significant accumulation expected.
Our Sponsors END_OF_DOCUMENT_TOKEN_TO_BE_REPLACED