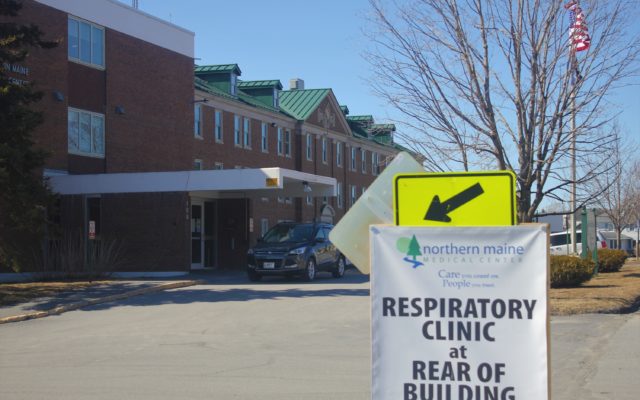 Aroostook PPP loan totals could be higher than $100 million

Alexander MacDougall • July 10, 2020
Three months after the U.S. Small Business Administration sent out the first Paycheck Protection Program loans in the wake of economic damage brought on by the COVID-19 pandemic, data on which companies actually received these loans have been released for the first time.

HOULTON, Maine — Three months after the U.S. Small Business Administration sent out the first Paycheck Protection Program loans in the wake of economic damage brought on by the COVID-19 pandemic, data on which companies actually received these loans have been released for the first time.

The three organizations in The County that received the most money were the Caribou-based Aroostook Mental Health Services, Houlton Regional Hospital and the Cary Medical Center, also in Caribou. The city of Caribou applied for the loan for Cary, since the city owns the hospital. Each of those three received loans ranging from $2 million to $5 million. The SBA did not disclose the exact amount for loans totaling more than $150,000.

Houlton Regional and Cary, along with Pines Health Services health centers, which also received more than $1 million, all were approved for their PPP loans on April 4 — the same time they announced pay cuts for hospital staff and health care workers.

Caribou also ranked first of all towns in Aroostook County in terms of money received from PPP, with amounts potentially ranging from $15 million to $28 million worth of loans going to businesses and non-profits located there.

It is followed by Presque Isle and Houlton, which received $14 million-$22 million and $10 million-$21 million, respectively.

Other noticeable locations where businesses received loans were Fort Kent $6 million-$11 million, and Madawaska with $2 million-$4 million. Though the exact amount of money given around The County is unknown, ranges given by the SBA suggest it could be as low as $65 million and as high as $116 million.

Though many medical and health-based businesses and organizations were among the recipients of the largest loans, the trucking industry also received generous amounts. Trucking and transportation companies such as Daigle & Houghton in Fort Kent, Falcon Transportation in Presque Isle and R.F. Chamberland in St. Agatha all received loans of more than $1 million, with the Albert Farms trucking company in Madawaska receiving only slightly less than that amount.

Lumber companies were also listed among the highest recipients. Daaquam Lumber in Ashland led the way with more than $1 million in loans, with Katahdin Forest Products and Voisine Bros. also receiving hefty sums.

The release of the loan data comes after pressure from lawmakers and media outlets requesting the data, after Treasury Secretary Steve Mnuchin previously said that he would not disclose which businesses received the loans.

A cold front will cross the region today associated with the upper trough and low which will absorb the remnants of Isaias in Canada.
Our Sponsors END_OF_DOCUMENT_TOKEN_TO_BE_REPLACED