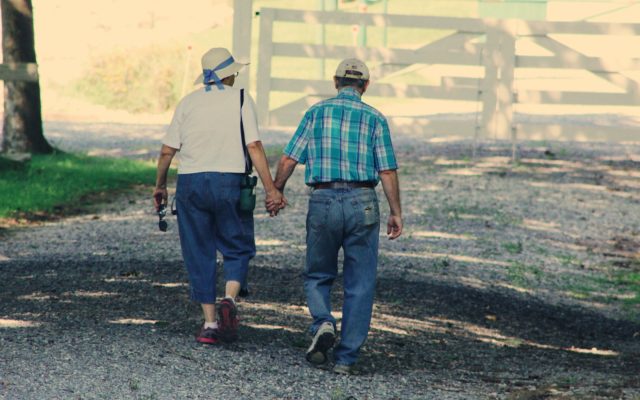 Contributed • May 19, 2020
Society must capitalize on the experience and judgment, gained through years of living, by this large segment of our population. Not to do so would be to miss out on a wealth of resources.

This year we Mainers observe our 200th birthday. What a momentous milestone for all residents. Generations of us have worked side by side to create “Maine, the way life should be.”

Currently, Maine has the distinction of having the oldest population in the nation. Mark Twain once remarked, “Age is an issue of mind over matter. If you don’t mind, it doesn’t matter.” But we should mind. And it does matter, because we value the knowhow and lessons learned from living that older persons can add to all community endeavors. Too often, the contributions of people who are older cannot be maximized because of ageism.

Ageism is the discrimination against people because of their age; a social divide between the young and people who are old. Ageism often manifests itself in stereotypes of older adults. While some may be positive — the wise elder adviser, the kind grandmother — they often bring to mind adjectives such as frail, incompetent, irrelevant and out of touch. Such images can have a very harmful effect, damaging self-esteem and even affecting physical well-being.

Labels, complimentary or derogatory, influence the way our society treats the older folks among us. Such views, influenced by pop culture or upbringing, may be rooted in misguided attempts at humor, but end up as mean-spirited put-downs.

Society must capitalize on the experience and judgment, gained through years of living, by this large segment of our population. Not to do so would be to miss out on a wealth of resources.

Many world cultures display a reverence for their older citizens, honoring experience and respecting accomplishments. We should do the same.

American ingenuity is well known. Our “can do” character shows that when things aren’t working, we muster the will to fix the problem.

Currently, we are losing out on the incredible dynamism that older citizens can contribute to our social, economic and civic progress. We need to rethink our approach: we can start by treating older people as valued equals, and by welcoming their engagement in our communities. And while we’re at it, let’s add some positive adjectives. How about creative, vital, spry, witty, energized and wise?

Each of us has a role to play in advancing a civic attitudinal adjustment regarding older citizens.

Yogi Berra may have said it best: “It ain’t over till it’s over.” In the meantime, let’s celebrate the skills and talents of everyone. We can change the perception that older people are a liability and enhance the view that they are a societal treasure.

As we look to future birthdays, and celebrate May as Older Americans Month, let us find ways to honor and facilitate the problem-solving skills and contributions of all Mainers.

Happy birthday to us — all of us!

Gail Maynard of Perham is a member of the RSVP Advisory Council. Her column was written on behalf of the Aroostook Agency on Aging to help mark May as Older Americans Month.

Maine is more than eight months into Medicaid expansion under the federal Affordable Care Act and trends around who is enrolling and where they live are starting to emerge, bucking some expectations and pointing out access challenges.
Apex Weather END_OF_DOCUMENT_TOKEN_TO_BE_REPLACED

Dale Crafts filed his nomination papers for Feb. 21 with the Secretary of State to officially be placed on the primary ballot on June 9, 2020, for the U.S. House of Representatives 2nd District race.
Our Sponsors END_OF_DOCUMENT_TOKEN_TO_BE_REPLACED