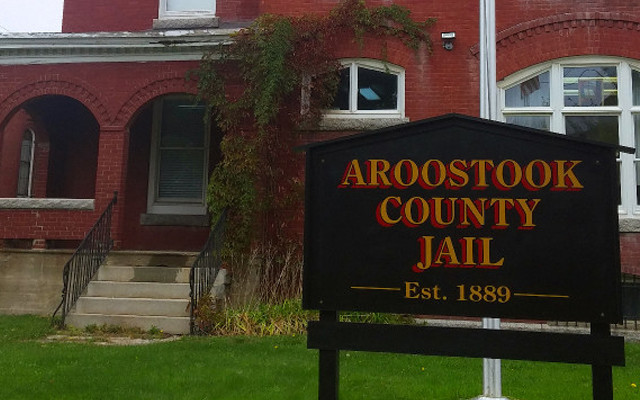 Joseph Cyr • March 20, 2020
In light of coronavirus concerns, the Aroostook County Jail has instituted a number of changes to its day-to-day operations.

HOULTON, Maine — In light of coronavirus concerns, the Aroostook County Jail has instituted a number of changes to its day-to-day operations.

To help reduce potential spread of disease, visitors are no longer permitted inside the jail, Sheriff Shawn Gillen said. This edict does not carry over to attorneys or mental health caseworkers.

Because family and friends are no longer permitted to visit inmates, the jail is also allowing two, 15-minute phone calls per week at no cost to the inmates.

Jail employees are checked daily at each end of their shifts for any signs of fever or other illnesses. Any person coming into the jail [for incarceration] is checked by the nursing staff or a corrections officer when they are booked. Inmates are also checked every day by staff, Gillen said.

“The inmates have all been educated on what is happening and have been advised of proper hygiene,” Gillen added.

The inmate population at the jail is among some of the lowest levels it has been in a number of years.

As of Thursday afternoon, the jail had 92 inmates incarcerated. Traditionally, the jail has housed upward of 130 inmates, even though it is licensed for 117 beds.

“We have been working very diligently to get that population count down,” Gillen said. “That way, if there ever was an outbreak, the lower number of inmates we have, the better chance we have of isolating it. We are pretty comfortable right now at 92, but if we can further reduce that number, it will be even better.”

Under normal circumstances, the ACJ takes in an average of 60 inmates a week, with about 55 inmates being released. Those numbers have slowed, in light of the coronavirus concerns. Many low level warrants for things such as failure to appear in court, or failure to pay a fine, have been vacated by the courts, Gillen added.

“Because the courts are closed, there is really no need to serve civil-process [warrants],” Gillen said. “We are still serving warrants for child protection cases. We have stopped taking papers at the door to the Sheriff’s Building. Those all have to be mailed.”

A box for postal drop-offs has been placed in the lobby of the Sheriff’s building on School Street.

The jail is also no longer transporting inmates to court for appearances before a judge. Instead, the arraignment cases are being done by a video conferencing system set up inside the jail.

“We are using this method for everything,” he said. “An attorney will come into the jail, meet with their client, and they will then talk to the judge remotely.”

Because of the lockdown, many programs, such as adult education, have been temporarily halted to minimize the interaction between inmates and those outside, the sheriff said.

“We are still offering mental health services with the Aroostook Mental Health Center,” he said. “That service is a must. We have to have that in place for our inmates.”

Gillen said while the situation inside the jail can be tense under normal circumstances, adding in the concerns of a rapidly spreading virus has heightened the stress levels for staff.

“It’s hard to maintain distance when you are in jail,” he admitted. “That is why we are trying to reduce the jail population as much as possible. We are working very hard with the courts and the district attorney to expedite cases. Everyone has been working tremendously well together. We’re just doing our best to keep everyone healthy.”

Post-tropical cyclone Teddy is expected to cross Nova Scotia today and skirt the western shores of Newfoundland. Maine will experience little moisture from the storm.
Our Sponsors END_OF_DOCUMENT_TOKEN_TO_BE_REPLACED