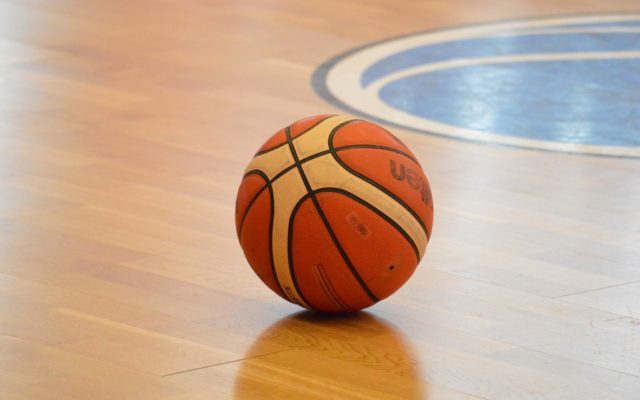 Contributed • February 20, 2020
The University of Maine at Fort Kent men’s and women’s basketball coaches finally got what they wanted, which was a fired-up and large home crowd on Tuesday.

FORT KENT, Maine — The University of Maine at Fort Kent men’s and women’s basketball coaches finally got what they wanted, which was a fired-up and large home crowd on Tuesday.

Powered behind what was one of the largest crowds to attend a basketball game in The Jungle in recent memory, the Bengals and University of Maine at Presque Isle Owls renewed their Aroostook County rivalry, said Fort Kent’s head women’s basketball coach Fletcher Brown.

Honoring seniors Trinity Washington, Savana Jankowski, Ivette Trujillo and Madison Fenner, in their final home basketball game, the Lady Bengals took the court with only five healthy players. Despite having beat the Owls earlier in the season, the odds were against the Bengals as the team took on the daunting task of playing all 40 minutes, without any substitutes.

It was no more than a two or three possession game in either direction throughout the game until senior Madison Fenner, in her final Jungle appearance, hit two big three-pointers in the fourth quarter to put the Bengals up late. Fenner finished with 20 points. With 17 seconds left, Stephanie Cervantes jumped the passing lane and stole a pass from the Owls, was later fouled and hit two clutch free throws to seal the deal for Fort Kent.

The Bengals won 62-54 and finished the regular season with a record of 13-12. The team will await its potential seeding at the USCAA National Tournament.

The men’s basketball team was not able to avenge an early season loss to the Owls, losing 85-78. Seniors Logan Miller, Jacob Powell and Pat Pauwels were honored before the game for their contributions to the program.

The Owls started out at a blistering pace, with nine three-pointers in the first half. The Bengals kept pace behind a strong 11 first half points from Bengal guard Julian Hymes. The Owls kept up the strong shooting in the second half as the cold shooting from UMFK was never able to allow them to truly get back in the game.

The men’s basketball team finished with a record of 10-19.

Maine is more than eight months into Medicaid expansion under the federal Affordable Care Act and trends around who is enrolling and where they live are starting to emerge, bucking some expectations and pointing out access challenges.
Apex Weather END_OF_DOCUMENT_TOKEN_TO_BE_REPLACED

A coastal low is expected to produce heavy snow across much of central and northern Maine Thursday night and Friday.
Campaign Corner END_OF_DOCUMENT_TOKEN_TO_BE_REPLACED

Dale Crafts filed his nomination papers for Feb. 21 with the Secretary of State to officially be placed on the primary ballot on June 9, 2020, for the U.S. House of Representatives 2nd District race.
Our Sponsors END_OF_DOCUMENT_TOKEN_TO_BE_REPLACED