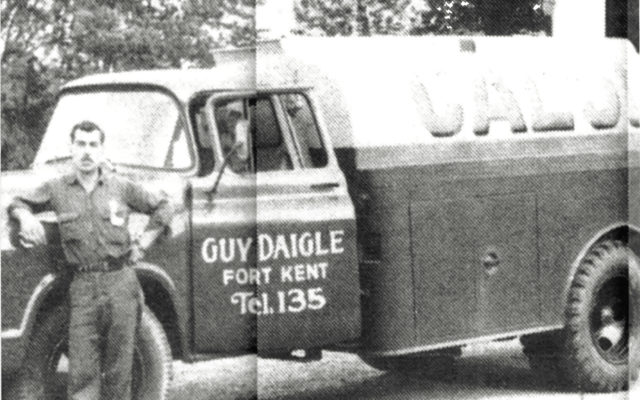 Joseph Cyr • February 3, 2020
One man’s vision of providing fuel oil and kerosene to the people of the St. John Valley has grown into one of Aroostook County’s longest tenured businesses thanks to the hard work and dedication of its staff.

FORT KENT, Maine — One man’s vision of providing fuel oil and kerosene to the people of the St. John Valley has grown into one of Aroostook County’s longest tenured businesses thanks to the hard work and dedication of its staff.

Founded in 1955 by Guy Daigle in Fort Kent, Daigle Oil Company is celebrating 65 years in the business. The company is synonymous with quality service and dependability throughout Aroostook County. 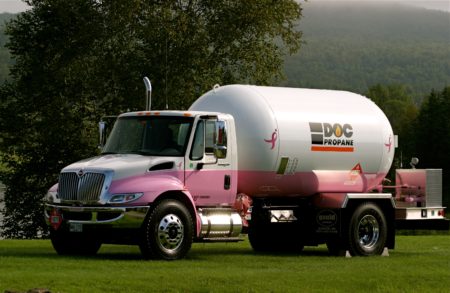 “Sixty-five years ago, there was more of a single product used in homes, whereas today there are multiple products and a much different consumer demand,” explained Carter Vaillancourt, chief operating officer. “What used to work 65 years ago, may not meet the needs of people today for heating. You have to have a lot of different products to meet the demands. We have had to evolve our products to adapt to the changes.”

Today, Daigle Oil Co. is now one of the leading energy providers in northern and central Maine, with about 185 full and part-time employees. The business delivers oil, kerosene, propane, gasoline and diesel; installs and services heating and cooling systems; and sells alternative heating options such as wood boilers and propane heating systems.

For heating oil and propane, Daigle Oil delivers from the crown of Maine to southern points in Danforth and Patten. But supplying heating needs is just one piece of the overall company puzzle.

“Daigle Oil is so much more than just an oil company now,” said Sonya Deschene LeBoeuf, credit and brand manager for Daigle Oil Co. “We also have our HVAC side of the business with heating and cooling. We hope when customers think about Daigle Oil Co., they don’t just think about the oil trucks driving around The County. We hope they also think about our gas stations and convenience stores.”

All of the company’s gas stations are full-service stations, offering an old-fashioned approach to business. At the service stations, attendants are quick to  pump gas, wash the windshield and check your oil and washer fluid levels, allowing customers to remain comfortably in their vehicles. 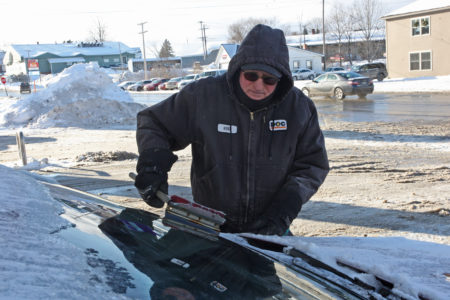 “That is one of our differentiating factors from other competitors,” Vaillancourt said. “We have gotten a lot of good feedback over the years and people really seem to enjoy it. It is all about offering customer service and to provide a product better than our competitors.”

Many of the gas stations also feature automatic or self-serve car wash stations.

Doug Taggett, CEO, said the future remains bright for the company. “We are always looking to grow,” he said. “We want to see our brand grow and continue to better serve our customers.”

According to the Daigle Oil Co. website, the company’s history has humble beginnings. Guy Daigle started his business with just one truck, delivering fuel oil and kerosene to Fort Kent and surrounding areas. The business quickly proved to be a cornerstone in that community and plans were quickly put in place to expand into other profitable areas.

In 1958, he built his first gasoline station on the corner of Fort Kent’s East and West Main Streets, and later expanded his retail gas and fuel oil business with the purchase of Johnston Oil and Valley Service Station in Madawaska in 1965.

At that time, he changed his company’s name to Johnston Oil. When he purchased the petroleum division of the Aroostook Federation of Farmers in Presque Isle in 1974, he changed the company name back to Daigle Oil Co.

Through the years, Daigle continued to expand his fuel oil business by purchasing smaller companies such as the Presque Isle division of Thompson Oil Co. and Davis Oil Co. in New Sweden. Daigle Oil’s retail gas business also continued to grow when he built a fuel office and Gulf station on North Main Street in Presque Isle. 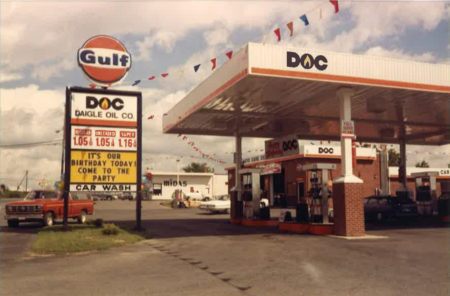 The Caribou DOCs Place celebrated its grand opening in 1987 with gasoline prices as low as $1.05 a gallon. (Photo courtesy of Daigle Oil Co.)

Although he remained an active force as chairman of the Board, Daigle retired in 1983 and handed the reins over to his son, Rick. Following his father’s lead, Rick purchased Al’s Sunoco in Caribou and completely renovated it in 1986 to include two shop bays and Maine’s first completely touchless turbo car wash, the “Gentlebear Car Wash.” It was at the grand opening of this site that a local radio announcer coined the term “DOC’s Place”, which has become well-known throughout the state.

In 1987, Daigle Oil purchased the former Tower Restaurant at the Bangor Street Triangle in Houlton and completely renovated the building and grounds to create a new CITGO station with a Gentlebear Car Wash, also featuring self-serve bays. A Citgo station on Route 1A in Brewer followed shortly thereafter.

The “DOC” logo was formally launched in 1989. The following year, the company introduced fuel oil price protection plans to the public. This innovative idea quickly flourished and was featured on the front page of the Wall Street Journal on Aug. 15, 1990. The director of Maine’s State Planning Office praised the company for this plan, which he accurately predicted would “forever change the way Maine people purchase fuel oil and kerosene.” This was also the year when Daigle Oil introduced another innovative product to the people of Aroostook County known as radiant floor heating systems. 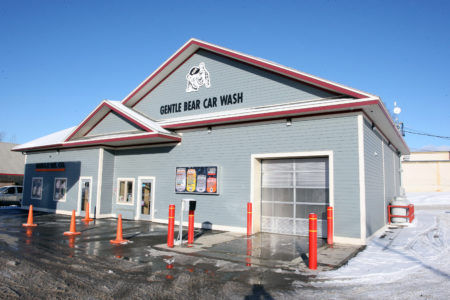 In 1991, the company introduced the “DOC Card,” a proprietary charge card offering 24-hour automated service at all DOC’s Place locations, and assumed ownership of the Fort Kent self-serve car wash on Main Street. The DOC’s Place CITGO station, with a state-of-the-art Touchless Plus Tunnel Wash, was built in 1992 on the corner of Hogan Road and Stillwater Avenue in Bangor. The following year, a convenience store was added to this location.

Through the years, the company’s heating oil business continued to expand with the purchase of Transark Oil Company in Ashland, James Oil Company of Oakfield, Paul’s Heating of Frenchville, Ouellette’s Fuel of Caribou, Porters Oil of Island Falls and Worcester Brothers in Lincoln.

DOC’s Place convenience store-truck stop on Route 1 in Houlton was built in 1996. This facility also houses a 32-seat Subway restaurant. In 1998, Daigle Oil acquired Worcester Brothers in Lincoln, and completely remodeled the site into a convenience store and heating oil office.

Growth of the company continued in the years to follow. Daigle Oil expanded its energy product line with the addition of propane (DOC Propane) in 2010 and bulk pellets (DOC BIOFUEL) in 2012.

In October of 2012, Daigle Oil expanded its Aroostook County presence by acquiring MPG Energy’s petroleum division, which makes up the heating oil, propane, diesel, gasoline and service portion of the business with customers in the greater Presque Isle and Houlton markets. 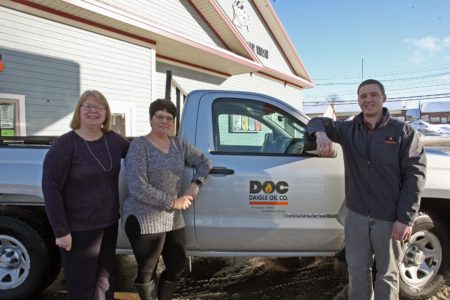 On Oct. 1, 2015 Daigle Oil Co. became 100 percent employee owned through an ESOP (Employee Stock Ownership Plan). Employees now have a personal interest in the success of the company and can benefit financially based on the company’s success. This allows employees to take pride in what they do while producing a culture of ownership and teamwork, which ultimately benefits the customer.

Daigle Oil Co.’s position in the local energy market strengthened again in June of 2016 when the company acquired Perham Oil with accounts primarily located in the Washburn, Perham and Caribou areas. The gain of the No. 2 fuel and kerosene business allowed Daigle Oil Co. another opportunity to market propane, equipment and service to these new customers.

Editor’s note: The history for Daigle Oil Company was obtained from the company’s website daigleoil.com.

Post-tropical cyclone Teddy is expected to cross Nova Scotia today and skirt the western shores of Newfoundland. Maine will experience little moisture from the storm.
Our Sponsors END_OF_DOCUMENT_TOKEN_TO_BE_REPLACED