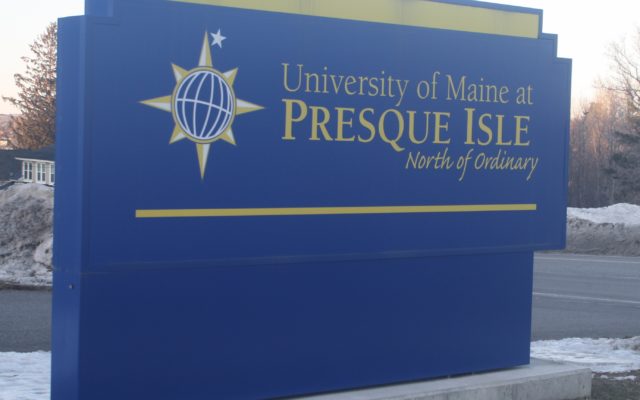 Washington Monthly listed the university as No. 50 out of 386 for the Best Bang for the Buck Rankings: Northeast rankings — a ranking of the most affordable colleges in the Northeastern United States. The magazine ranked it at No. 92 in the same category in 2018.

The university was also listed at No. 26 out of 216 colleges nationwide that almost exclusively provide bachelor’s degrees. It represents a long-running upward progression for the university in that category: it was listed at No. 96 in the 2017 rankings before rising to No. 59 in 2018.

Washington Monthly rated UMPI’s highly on its net tuition price, number of Pell Grant recipients who graduate, percentage of first-generation students and salary after graduation. The magazine calculated the average annual tuition cost for an in-state student with an annual family income below $75,000 to be $8,861.

UMPI President Raymond J. Rice said he was happy to see his university’s accomplishments highlighted by Washington Monthly, and that the rankings are reflective of longstanding efforts by the university.

“It was a nice recognition of what people have done here over the past four or five years,” Rice said. “Focus on graduating students with as little debt as possible and having the skills and degrees they need for the workforce.”

Rice said he was especially proud of UMPI’s high rank on the “Bang for the Buck ” ranking, as he and the university had worked hard to ensure students don’t graduate consumed by large amounts of debt. He pointed to the Free for Four program, which allowed eligible in-state students to attend the university without any tuition fees.

While the program does not cover housing costs, Rice noted that for the many students who commit from homes around Aroostook County, they had the opportunity to receive a practically free college education.

“We look to make sure we can meet the needs of middle-class, and working-class families in particular, for the cost of attendance at a university,” Rice said.

Rice, who has been UMPI’s president since 2016, said one of his most significant accomplishments has been adding a series of new programs to its curriculum: nursing, cybersecurity and agricultural science and agricultural business. He said there are plans to add computer science, data analytics and health care administration majors beginning in the fall of 2020.

Rice said he was thrilled to have a greenhouse built on campus, enroll UMPI sports teams into the North Atlantic Conference, and, on a lighter note, bring a Starbucks to campus.

As for what was next for the university, Rice said he and university staff were focused on hiring new faculty in the 2020 spring semester, along with continuing to ensure that returning students make progress in their respective degrees.

Maine is more than eight months into Medicaid expansion under the federal Affordable Care Act and trends around who is enrolling and where they live are starting to emerge, bucking some expectations and pointing out access challenges.
Apex Weather END_OF_DOCUMENT_TOKEN_TO_BE_REPLACED

The North Atlantic high will break down at the end of the week allowing high pressure from the west to build in with drier conditions.
Campaign Corner END_OF_DOCUMENT_TOKEN_TO_BE_REPLACED

Dale Crafts filed his nomination papers for Feb. 21 with the Secretary of State to officially be placed on the primary ballot on June 9, 2020, for the U.S. House of Representatives 2nd District race.
Our Sponsors END_OF_DOCUMENT_TOKEN_TO_BE_REPLACED