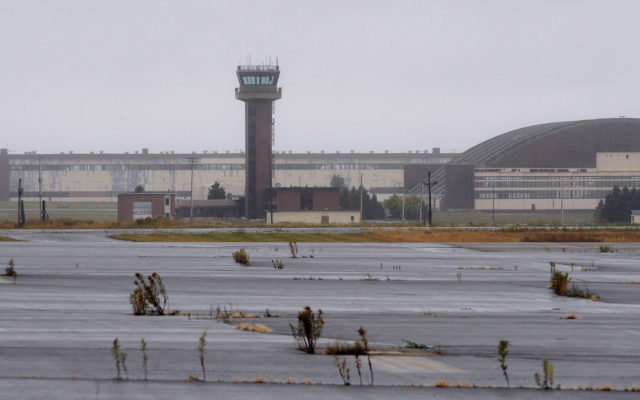 The man who helped save Loring AFB

David L. Geary, PhD • December 26, 2019
When Caribou’s Paul Haines died in 2017, his obituary said he had been actively involved in civic affairs. It didn’t say that he was the man who helped save Loring AFB.

When Caribou’s Paul Haines died in 2017, his obituary said he had been actively involved in civic affairs.

It didn’t say that he was the man who helped save Loring AFB. That was an incredible accomplishment. He was the local team lead in the 1970s to secure what would become a 15-year life extension for Loring until it closed in 1994.

This man, 40 years ago, held one key to open more than $2 billion for the local economy over those years. That included a new Loring runway, new medical center and new maintenance facility.

I should know. I was the Air Force public affairs director posted to Loring in 1976, shortly after the Air Force announced it wanted to reduce Loring by 83 percent. Then a captain, I had come from teaching English at the U.S. Air Force Academy. Because community and news media relations and employee information were my Loring duties, I became a key local Air Force leader to help handle the reduction issue.

Paul had just been elected chairman of the Save Loring Committee. He sold insurance and handled real estate in Limestone, and lined up impressive community and political support to fight the Air Force proposal.

It was easy for anyone to see what northern Maine was up against with the Air Force proposal to reduce Loring. Presque Isle Air Force Base had closed 15 years earlier, and what was left was depressing.

And Loring was far larger. Paul and his committee were determined to do all they could to make sure Loring did not suffer a similar fate.

A few believed that Paul and I would not get along since Air Force and community goals differed. But Paul and I proved them wrong. Together we made sure community relations with the base actually improved. We met often in Limestone and on base; attended weekly meetings in the drafty basement of a Limestone restaurant; talked a lot on the phone; and worked closely with the governor, Maine’s congressional delegation, news media and Air Force leaders.

Paul made sure I was invited to every major civic event, on the reviewing stand for every parade, and that I was always introduced. And I made sure Paul was invited for every VIP visit to Loring, and that our local support remained strong.

News media dogged us constantly for updates, particularly reporters from the Star-Herald and the Bangor Daily News. Paul and I communicated so well the media could not drive a wedge between us, so no controversy ever came forth.

What was going on at Loring about the base closure had a lot of Air Force interest. The Pentagon would bypass intermediate headquarters and call me directly for updates.

The Air Force had local public hearings, and I was in charge of those. When President Jimmy Carter visited Portland and the Save Loring Committee lawyer was present, thanks to Paul, I alerted the Pentagon. Not long after, the undersecretary of the Air Force came to Loring.

Over the few years that Loring was on the chopping block, it achieved spectacular results on inspections, and took top honors in the Air Force’s coveted Omaha Trophy competition — the best in Strategic Air Command.

A base just can’t achieve those results without great community support. Together, Paul and I delivered many successes for the community he loved so well, and for the Air Force I admired.

Paul, 83, and a key member on the Save Loring Committee, Bob Lupo, 83, died within weeks of each other. Another active member, Dana Nickerson, 90, died last January. The deputy chair of the committee, Donald Collins, 92, the father of U.S. Senator Susan Collins, died in 2018.

The very supportive local congressman, Republican Bill Cohen, now 79, became a U.S. senator and secretary of defense under President Bill Clinton. Cohen did some fancy footwork in Congress to help save Loring.

As for me, as the end of the reduction threat approached in 1979, I received orders for another assignment, and would retire from the Air Force 13 years later. I then became public affairs director for the nation’s $7 billion nuclear weapons complex under the Department of Energy, then communications director for Lockheed Martin Corporation’s advanced aeronautical design facilities, where I worked on the F-35 Strike Fighter.

I often tell family and friends of my time at Loring, of the wonderful people I met, the cold and snow, of the hundreds who came from many miles around for the opening of a McDonald’s, and my favorite place to eat, Ma Dudley’s Homestead, where you ordered one main course and got half of a different one at no extra cost.

But knowing my friend Paul Haines is the best Loring memory of all. He helped make my duty tour very rewarding.

Paul sought no glory, no recognition from anyone for what he had accomplished for northern Maine.

He simply made life so much better for everyone.

As the Maine Turnpike expects 1 million travelers alone over the Labor Day weekend, policymakers are gearing up for a sprint to solve one of the state’s most intractable problems: a long-standing — and growing — transportation funding gap.
Apex Weather END_OF_DOCUMENT_TOKEN_TO_BE_REPLACED

The Valley will receive an inch or less of accumulation from Thursday's system based on current forecast model data.
Our Sponsors END_OF_DOCUMENT_TOKEN_TO_BE_REPLACED