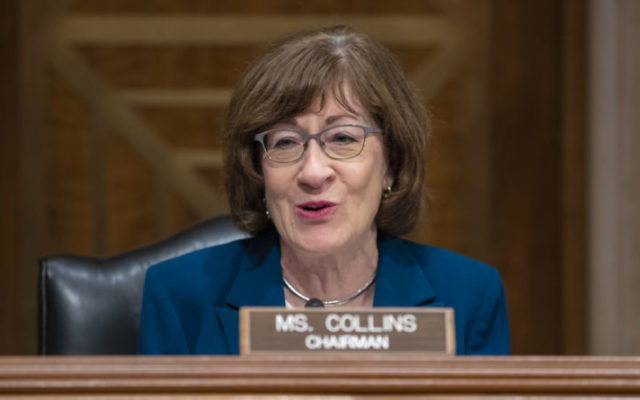 U.S. Sen. Susan M. Collins, R-Maine • November 30, 2019
It is estimated that America’s seniors lose a staggering $2.9 billion each year to an ever-growing array of financial exploitation schemes and scams.

It is estimated that America’s seniors lose a staggering $2.9 billion each year to an ever-growing array of financial exploitation schemes and scams.  The size and scope of the senior fraud problem are immense. As Chairman of the Senate Aging Committee and a Senator representing Maine, the state with our nation’s oldest median age, protecting seniors from all forms of financial abuse is among my highest priorities.

To help combat this scourge, the Aging Committee operates a toll-free Fraud Hotline (1-855-303-9470) to make it easier for older Americans to report suspected fraud and receive assistance.  The Hotline has received calls from more than 8,200 individuals from every state since its inception in 2013, including more than 1,500 calls last year. Each year, the Committee publishes a comprehensive fraud resource guide describing the most common forms of fraud and ways to avoid them.

I have heard from many Mainers who have been inundated with calls attempting to lure them in to this scam.  In a recent letter to Social Security Administration Commissioner Andrew Saul, I stated that I expect the agency to take more concrete action to protect seniors and requested additional information on the steps SSA has taken thus far.

Data from both the Aging Committee Hotline and the Federal Trade Commission (FTC) show that this particular scam has increased significantly during the past year.  In April 2019, the FTC announced that reported losses from the Social Security scam over the past year eclipsed the reported losses from the Internal Revenue Service scam in its peak year.  Both scams use criminals posing as government officials demanding sensitive personal information or payments.

Among the concerns I raised with Commissioner Saul is the effectiveness of public awareness campaigns to alert seniors of this fraud.  It is essential that SSA’s awareness campaign use a variety of approaches to reach the public, including rural seniors with limited Internet access who may not see Web-based advisories.  Social Security field offices across the country must also be adequately staffed with employees trained to provide seniors with the information they need to protect themselves.

The IRS scam succeeded in part because criminals were able to “spoof” government phone numbers to scare intended victims by causing them to believe the call was coming from an actual government office.  I asked Commissioner Saul to describe the steps his agency is taking to prevent this tactic from being used against Social Security recipients.

The automated, deceptive phone calls that are used in many scams, including SSA and IRS, are often known as “robocalls’  In the past seven years, the Aging Committee has held 24 hearings focused on financial fraud and scams, including the use of robocalls.  In July, I chaired a hearing assessing the government’s response to these illegal calls. I also introduced a bill to crack down on the deceptive caller-ID “spoofing” tactic many robocallers use, and I successfully pushed the FCC to approve a proposal to allow carriers to block illegal robocalls by default.

We are making progress in our efforts to protect seniors from fraud.  Last year, the Senior $afe Act, a bipartisan bill I authored was signed into law.  This new law helps protect seniors by encouraging the trained employees of financial institutions to question suspicious transactions and report suspected senior financial exploitation to the proper authorities.

I recently had the opportunity to speak at a conference hosted by the York County Elder Abuse Task Force, one of many outstanding coalitions around our State working to protect seniors.  The theme of that conference was, “It made a difference to that one,” with the emphasis on “one.”  While the numbers within the demographics of aging are huge, this is about individuals.  Every senior protected from abuse and exploitation is a life ensured dignity, respect, and peace of mind.

As the Maine Turnpike expects 1 million travelers alone over the Labor Day weekend, policymakers are gearing up for a sprint to solve one of the state’s most intractable problems: a long-standing — and growing — transportation funding gap.
Apex Weather END_OF_DOCUMENT_TOKEN_TO_BE_REPLACED

Mostly cloudy skies will develop after midnight as a warm front moves across the area with some snow flurries possible overnight.
Our Sponsors END_OF_DOCUMENT_TOKEN_TO_BE_REPLACED