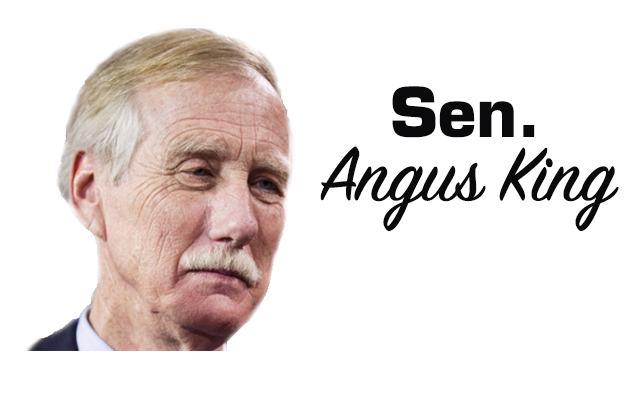 We need to do more to protect America’s elections

Contributed • November 15, 2019
Less than a year out from the next presidential election, I share the deep concerns of many Maine people regarding the possibility of malicious foreign interference in our nation’s elections.

Less than a year out from the next presidential election, I share the deep concerns of many Maine people regarding the possibility of malicious foreign interference in our nation’s elections. We must do more to guard and protect ourselves, on all fronts, against the ways in which that interference could take place — whether it be the hacking of voting machines or surreptitious manipulations of social media. I see foreign intrusion in our political campaigns and elections — the very foundations of our representative democracy — as one of the most pressing threats we face as a nation.

It’s also deeply disappointing to see the partisanship that is delaying congressional consideration of legislation and funding to meet the threats we face. This is a time to educate ourselves and act, and to do both boldly. It is absurd to say that any harm can come to us from making sure that each American’s vote is counted. American political discourse must reflect the priorities and beliefs of Americans. As a member of the Senate Select Committee on Intelligence and the Senate Rules Committee, as well as co-chair of the national Cyberspace Solarium Commission, I’ve been working with my colleagues — and experts with diverse backgrounds — to identify and highlight the vulnerabilities that we need to address. With that knowledge, I’ve advocated for what I believe to be the most resilient and achievable means of addressing this issue, and I’m glad to have this opportunity to update you on some of the details of this work.

One of the most significant — and indeed, easiest — things I think we can do to guard against interference in our elections is to go “back to the future” and use paper as much as is possible. Digital voting machines might provide some efficiencies in more densely populated areas, but the added cost of printing and counting paper ballots — if there even is one — is well justified in knowing that each vote cast will be counted and, if need be can be recounted or audited. While Maine has always used paper ballots, that’s not the case in many states, and for that reason I’ve cosponsored the Election Security Act, S.1540. This legislation would require voter-verifiable backup paper ballots and provide election security grants to states for cyber improvements and vote audits.

While the Constitution leaves much latitude and responsibility to each state with respect to the administration of elections for federal offices, it also specifically allows for federal action where necessary to protect the integrity of the voting process (Article I, Section 4 of the Constitution). With well-resourced actors — including Russia — working to interfere in our democracy, the need for the concerted and comprehensive action that the federal government can provide is now more important than ever. Federal agencies like the Election Assistance Commission (EAC), which assists states in improving their election infrastructure, are also critically important. I’ve continuously advocated for the EAC to do its job and to be given the support and funding it needs, and I will continue to do so in upcoming appropriation measures.

In addition to bolstering election integrity resources, I think we also need to establish a credible deterrent in the form of clearly articulated responses to specific cyber incursions. In other words: if you attempt to hack or influence our elections, there will be a cost. The Senate Intelligence Committee has released two volumes of its report on Russian interference, which include recommendations on election security and the Russian manipulation of social media around the 2016 election. Specifically, the committee put forward the need for an effective deterrent, improved information sharing on threats, and the replacement of vulnerable voting systems.

Elections are the backbone of America’s democratic systems – if we lose them, we lose Lincoln’s call to ensure that “government of the people, by the people, and for the people, shall not perish from the earth.” There can be no half measures; while some election security improvements have been made since the 2016 election, there is much more work to be done. I will continue to work with my colleagues to improve the U.S. cyber deterrent and protect the integrity of our election infrastructure.

As the Maine Turnpike expects 1 million travelers alone over the Labor Day weekend, policymakers are gearing up for a sprint to solve one of the state’s most intractable problems: a long-standing — and growing — transportation funding gap.
Apex Weather END_OF_DOCUMENT_TOKEN_TO_BE_REPLACED

Mostly cloudy skies will develop after midnight as a warm front moves across the area with some snow flurries possible overnight.
Our Sponsors END_OF_DOCUMENT_TOKEN_TO_BE_REPLACED