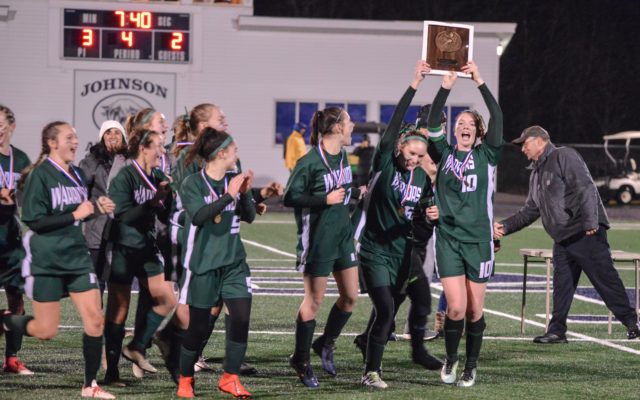 Kevin Sjoberg • November 6, 2019
The junior combination of Lacy Pelletier and Gabby Martin hooked up for their second corner-kick goal of the game with 7:40 remaining in the second overtime on Tuesday, giving Fort Kent a 3-2 win over Houlton for the Class C North girls soccer title at the Gehrig Johnson Athletic Complex.

PRESQUE ISLE, Maine — The junior combination of Lacy Pelletier and Gabby Martin hooked up for their second corner-kick goal of the game with 7:40 remaining in the second overtime on Tuesday, giving Fort Kent a 3-2 win over Houlton for the Class C North girls soccer title at the Gehrig Johnson Athletic Complex.

Pelletier, who battled calf cramps and had to sit out several minutes from late in regulation and throughout the OT sessions, ran onto a Martin corner for the goal that allows the top-seeded Warriors (14-1-2) to go for their second consecutive state title at 5:30 p.m. Saturday in Falmouth against either Maranacook of Readfield or Traip Academy of Kittery.

“I just literally threw myself toward the goal,” Pelletier said of the winning play. “Gabby took the corner and I had a defender right in front of me and was really tired, but I just wanted to score because I really wanted to get back to states again.”

Sophomore reserve Isabella Ardell of the No. 3 Shiretowners (14-3) slid a shot past Fort Kent goalkeeper Lyndsay Ouellette with 1:14 left to play in regulation to send the match into overtime. 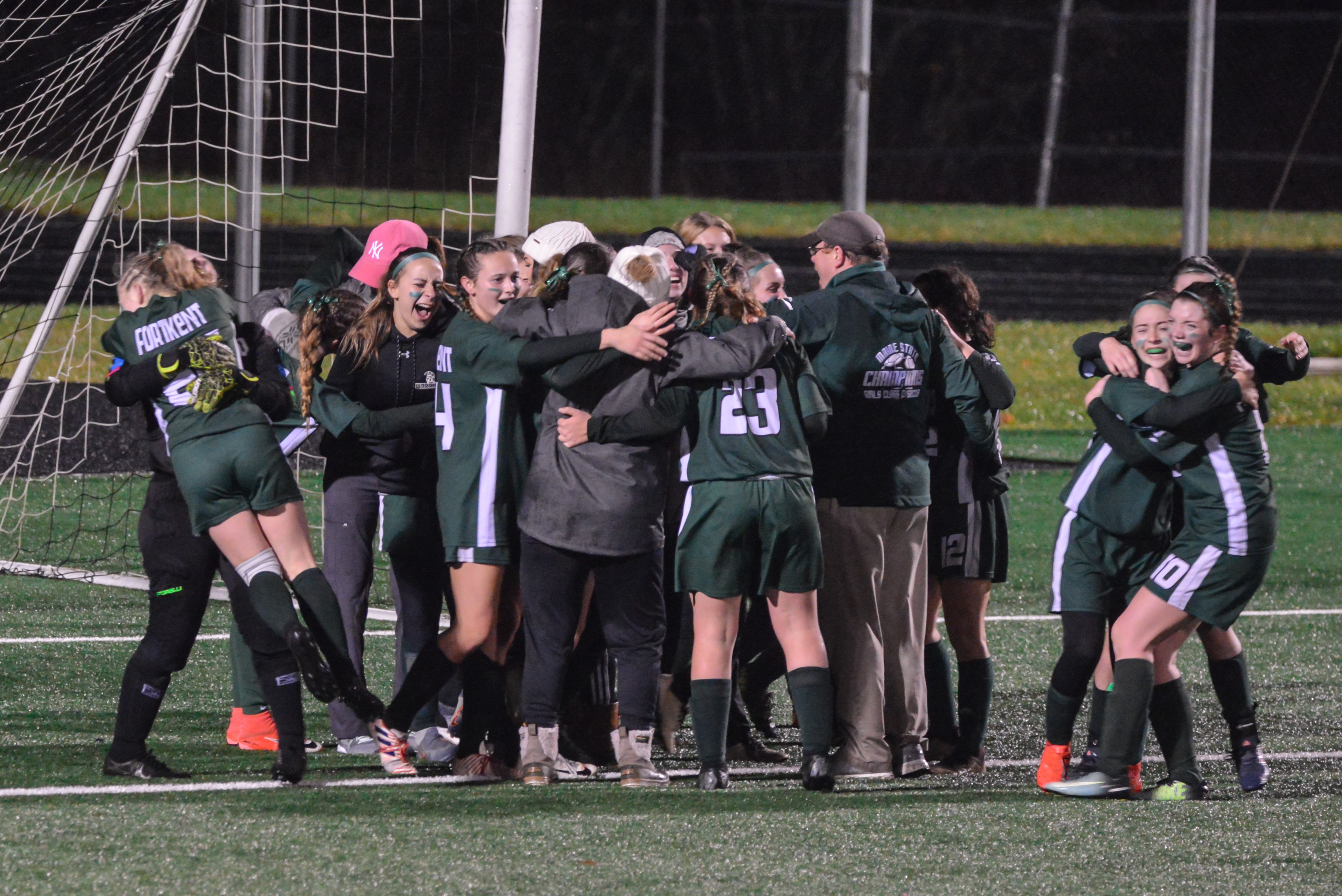 Ardell’s goal capped a series of three corner kicks in a span of 45 seconds by Houlton, which batted back from a two-goal deficit early in the second half to force extra time.

Sierra Hoops netted her 20th goal of the season to put Houlton on the board with 29:17 to play, with Breanne Barton’s pass setting things up.

Hoops had another good opportunity with 12 minutes to go, but was thwarted on a fine save by Ouellette. Four consecutive corner kicks ensued, but Fort Kent’s stingy defense kept the ball out of the net. On the fourth, Ouellette made a leaping save just in front of the goal line.

Martin tallied off a Kailee Guimond assist 5:15 into the second half to give Fort Kent a 2-0 lead.

The game was a rematch of last year’s regional final won by the Warriors 1-0 on the way to the first state title in school history. The teams also split their two matches during the regular season.

The Warriors utilized having the wind at their backs with a dominant first half.

They managed six shots on goal and had five corner kicks during the opening 40 minutes. The third corner was delivered from the right side by Martin and resulted in a shot from 10 yards out by Pelletier, who one-timed a blast inside the lower right corner of the goal with 17 minutes to play.

Houlton was limited to one shot on goal in the first half, but it was a dangerous chance with just two seconds remaining. Barton’s cross from the left side found the foot of Maddie Marino, whose shot grazed off the left post.

As the Maine Turnpike expects 1 million travelers alone over the Labor Day weekend, policymakers are gearing up for a sprint to solve one of the state’s most intractable problems: a long-standing — and growing — transportation funding gap.
Apex Weather END_OF_DOCUMENT_TOKEN_TO_BE_REPLACED

Mostly cloudy skies will develop after midnight as a warm front moves across the area with some snow flurries possible overnight.
Our Sponsors END_OF_DOCUMENT_TOKEN_TO_BE_REPLACED