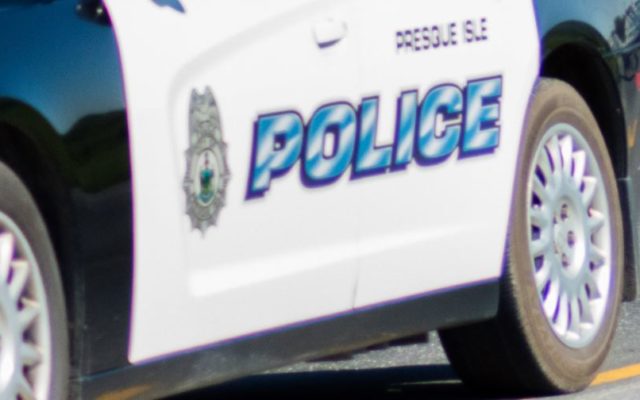 Fourth Presque Isle shooting suspect turns herself in to authorities

Nina Mahaleris • September 17, 2019
Kayla Hanson, a fourth suspect wanted in connection with the Northern Road shooting on Sept. 9, turned herself in to authorities on Friday morning, Sept. 20.

PRESQUE ISLE, Maine — Kayla Hanson, a fourth suspect wanted in connection with the Northern Road shooting on Sept. 9, turned herself in to authorities on Friday morning, Sept. 20.

Police had issued a warrant for her arrest earlier in the week.

Hanson turned herself in at the Caribou District Court and was released on bail conditions, Kelly said on Friday morning. She is currently on 24-hour house arrest at the home of her mother, who will be her custodian until trial. Hanson is not allowed contact with two witnesses, Kelly said.

Police said a man called 911 around 6 a.m. Sept. 9 to report that he had been shot at a residence on Northern Road in a neighborhood near Skyway Industrial Park.

Some schools and businesses in the area were advised to shut down while police investigated the shooting. The victim from the shooting underwent surgery at A.R. Gould hospital, but was later transported by helicopter to Northern Light Eastern Maine Medical Center in Bangor, reportedly in critical condition, Kelly said on Wednesday after the incident.

Kelly did not have an update on the victim’s condition on Sept. 18. She had confirmed last week that he was stable, but still in intensive care at that time.

The man’s identity has yet to be released.

Several other suspects have been taken into police custody since the shooting occurred.

Jason Alexander, who was arrested by the Aroostook County Sheriff’s Office on Sunday evening, Sept. 15, is facing felony charges of reckless conduct with a dangerous weapon and elevated aggravated assault, the District Attorney’s office confirmed on Tuesday.

He is being held at Aroostook County Jail on a $250,000 single surety or $50,000 cash bail, and is scheduled to be arraigned in Presque Isle District Court on Dec. 18.

Police also arrested two other individuals the same evening Alexander was taken into custody. Jordan Field, 36, of Blaine and Ned Ketchum, 50, of Mars Hill have both been charged with hindering apprehension.

A day after the shooting, police located and arrested a second suspect, Jomo White, at a residence near State Street in Presque Isle. White is being held at the jail on a $250,000 cash bail and is facing felony charges of attempted murder, elevated aggravated assault and reckless conduct with a firearm.

Brittany Britton, who police did not initially identify as a suspect but whom police arrested just 12 hours after the shooting, also is being charged with elevated aggravated assault and aggravated reckless conduct with a firearm, according to Detective Kris Beck with the Presque Isle Police.

Kelly said that more charges against other people involved in the case may be possible as the investigation continues.

Maine is more than eight months into Medicaid expansion under the federal Affordable Care Act and trends around who is enrolling and where they live are starting to emerge, bucking some expectations and pointing out access challenges.
Apex Weather END_OF_DOCUMENT_TOKEN_TO_BE_REPLACED

Low pressure will track into the Atlantic from off the Southeast coast tonight into Thursday with increased cloudiness this evening into the overnight hours.
Campaign Corner END_OF_DOCUMENT_TOKEN_TO_BE_REPLACED

Democratic presidential candidate Mike Bloomberg’s campaign will host 25 events in Maine this Saturday and Sunday as part of a nationwide “Weekend of Action” to engage supporters and build on the momentum of the campaign.
Our Sponsors END_OF_DOCUMENT_TOKEN_TO_BE_REPLACED