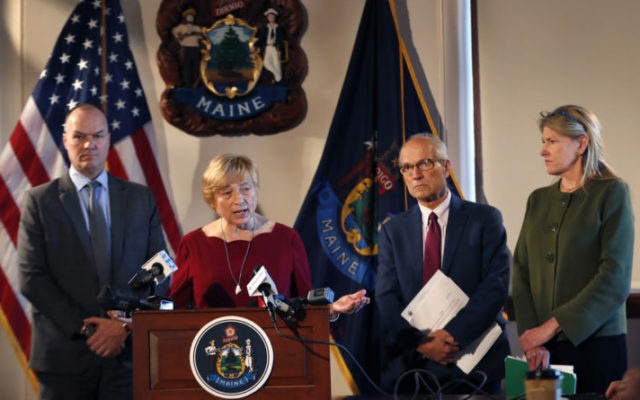 Caitlin Andrews, Special to the Fiddlehead Focus • September 11, 2019
Maine is more than eight months into Medicaid expansion under the federal Affordable Care Act and trends around who is enrolling and where they live are starting to emerge, bucking some expectations and pointing out access challenges.

AUGUSTA, Maine — Maine is more than eight months into Medicaid expansion under the federal Affordable Care Act and trends around who is enrolling and where they live are starting to emerge, bucking some expectations and pointing out access challenges.

The state has enrolled more than 36,000 people in the program as of last Friday, about half of the 70,000 residents expansion is estimated to cover after implementation earlier this year. Health and Human Services Commissioner Jeanne Lambrew told lawmakers the department would reach 70,000 enrollees by December, the Associated Press reported in June.

The state appears behind schedule on that mark, but department spokeswoman Jackie Farwell said Maine is in line with a study by Manatt Health projecting 50,000 enrollees a year into expansion and is preparing to launch an outreach and marketing campaign this fall.

Some of the early trends — including a high number of young adults enrolling — are surprises. Others, including rural residents making up almost half of enrollees and a high share of people with chronic conditions, may speak to structural challenges to health care access.

Rural residents are signing up for coverage, but they’re underrepresented and there could be access issues. Expansion was always expected to benefit rural areas over urban. A study earlier this year from the Muskie School of Public Service at the University of Southern Maine found about 80 percent of expanded MaineCare’s eligible population lives in the state’s rural counties, despite only 39 percent of Maine’s population living in those counties.

So far, only 48 percent of new enrollees live in the 11 counties — all but Androscoggin, Cumberland, Penobscot, Sagadahoc and York — considered to be rural. The figure stands out because rural Mainers can face significant barriers to accessing care, health experts say.

Ann Woloson, the executive director of Consumers for Affordable Healthcare, which runs a hotline that helps people navigate enrollment, said part of the delay could be due to a lack of internet access for rural residents, either because they don’t have a computer or broadband.

It could also be why some of the state’s rural hospitals haven’t seen a significant financial change since MaineCare’s expansion. Crystal Landry, CEO of Penobscot Valley Hospital in Lincoln said a “significant” number of patients who qualify in their area have not enrolled.

Enrollees are also skewing younger than expected, which could indicate a difference in priorities with older people. Only 6.6 percent of new enrollees were expected to be aged 18 to 24, but enrollees aged 19 to 25 have made up one-third of enrollments so far, according to the state. While the Muskie School study found 45 percent of the eligible population is expected to be between the ages of 55 and 64, just over half of enrollees so far are under age 40.

Ziller said it’s possible accessing was more of a priority for young rural residents since they are more likely to be uninsured. In general, she said rural areas have more seasonal jobs or those with small businesses that don’t provide health insurance. Barbara Leonard, CEO of the Maine Health Access Foundation, said older populations may have lived without coverage for years.

Those people might wait until “things get really bad” before seeking medical care, she said, or may be hesitant to sign up due to perceived stigma around Medicaid.

“I think to some extent that MaineCare has been portrayed as something that only people who have very few resources should be considering instead of one of many coverage options,” Leonard said.

New enrollees are slightly sicker than the rest of the MaineCare population and more likely to need inpatient care. About 61 percent of enrollees reported having one or more chronic conditions common in other MaineCare adults, but in slightly higher amounts, according to the department. Of that population, 20 percent have a substance abuse disorder and 15 percent have an opioid use disorder, compared to 14 percent and 12 percent in others.

This could be another example of the barriers Maine’s low-income, childless adults face in healthcare access. Ziller’s study found the population is less likely to have a personal doctor and is more likely to have had their last routine checkup five or more years ago.

That means enrollees are more likely to have skipped care that may have prevented their conditions from becoming worse, leading them to need more intensive upfront care, according to a recent update from the department.

An area of low pressure will track across west-central and Downeast Maine today while a trough axis associated with the low tracks across the Valley today.
Our Sponsors END_OF_DOCUMENT_TOKEN_TO_BE_REPLACED