Ted Shapiro, Special to the Fiddlehead Focus • August 30, 2019
The National Weather Service has a program called Storm Ready. And it's a good start, but we also need to teach our kids to be what I call "WeatherSmart,” so that they'll "automatically" grow up to be storm ready.

The National Weather Service has a program called Storm Ready. And it’s a good start, but we also need to teach our kids to be what I call “WeatherSmart,” so that they’ll “automatically” grow up to be storm ready.

My idea is based on simple observations of the sky.  I would like to incorporate this skill into the the weather units taught in County elementary schools. I could easily deliver an online lesson to any teacher, in the form of photos I have which would come with explanations of what is going on and what it might portend, weather-wise. Being WeatherSmart is something kids can do just by looking up. It’s all based on the incredible power of observation. 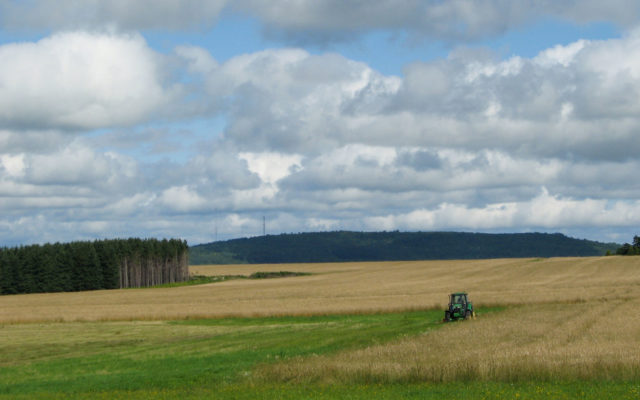 Here’s an example of reading the sky: many people think that it looks like rain when the underside of cumulus clouds are very dark (see photo 1), but a WeatherSmart student will learn that is not a good clue at all, they’ll learn that the thing to look for, with respect to possible thunderstorms is, whether they are getting tall, becoming massive towers in the sky, with edges that are sharp and sculpted, almost looking like cauliflower (see photo 2).

Sometimes, these tall, towering clouds can try to hide, with perhaps only the top visible through a “window” of lower-level clouds, but a WeatherSmart student would learn how to spot them. Through simple observation, they’d be able to help their family reunion avoid being in the wrong place, like the middle of a lake with a thunderstorm approaching. 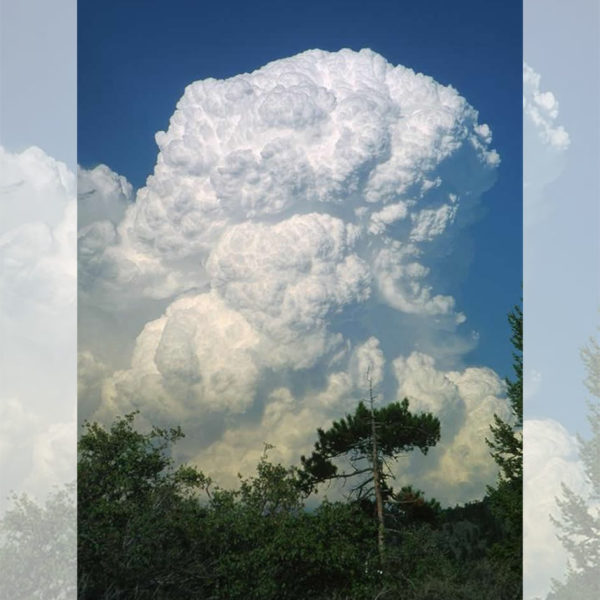 When I point out a weather clue, which is giving me real-time information about the weather trend, people are sometimes amazed, telling me they’d never known that. I was at an outdoor gathering recently, talking about using airplane contrails as sky clues, and folks were pretty surprised that you could.

Speaking of which, a WeatherSmart student will also know to look for lengthening airplane contrails. They are a super-useful weather clue, suggesting a precipitation-bearing low pressure system might be on the way. Why? Because when one is approaching, moisture arrives first in the upper levels, where the planes fly, and if the air is getting moister there, the contrails can’t evaporate as easily. WeatherSmart students might then notice high, wispy, see-through cirrus clouds increasing in coverage , and they will know to pay attention to see if they completely overspread the sky.

Later, if the cirrus clouds do overspread the sky, and start to thicken, they’ll notice that the sun looks like a flashlight, through frosted glass.  Later, even if it’s a “snow sky” through the window they are looking through, a WeatherSmart student will know to go out and scan the entire horizon looking for the sun (or moon at night), because if you can still see them, you usually have a good hour before significant precipitation starts to reach the ground.

Teachers, please shoot me an email if you’d like more information about making your class “WeatherSmart. I can be reached at tshapiro@wagmtv.com.

Maine is more than eight months into Medicaid expansion under the federal Affordable Care Act and trends around who is enrolling and where they live are starting to emerge, bucking some expectations and pointing out access challenges.
Apex Weather END_OF_DOCUMENT_TOKEN_TO_BE_REPLACED

The North Atlantic high will break down at the end of the week allowing high pressure from the west to build in with drier conditions.
Campaign Corner END_OF_DOCUMENT_TOKEN_TO_BE_REPLACED

Dale Crafts filed his nomination papers for Feb. 21 with the Secretary of State to officially be placed on the primary ballot on June 9, 2020, for the U.S. House of Representatives 2nd District race.
Our Sponsors END_OF_DOCUMENT_TOKEN_TO_BE_REPLACED