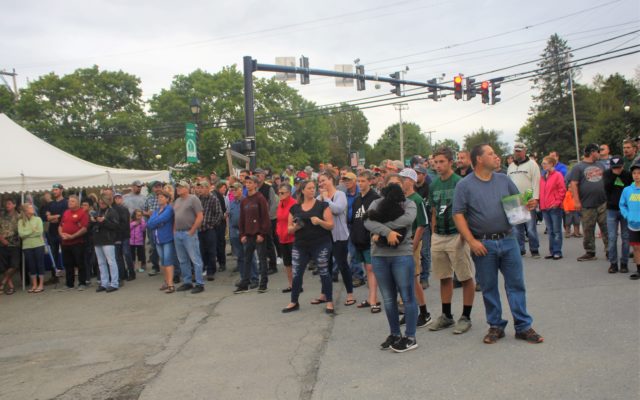 Of those hundreds of enthusiastic fishers, it was Caleb Slocum, 24, of North Yarmouth who took home the top prize of $2,000 by reeling in a 45¾-inch muskie weighing in at just over 25 pounds, on the first day of the competition 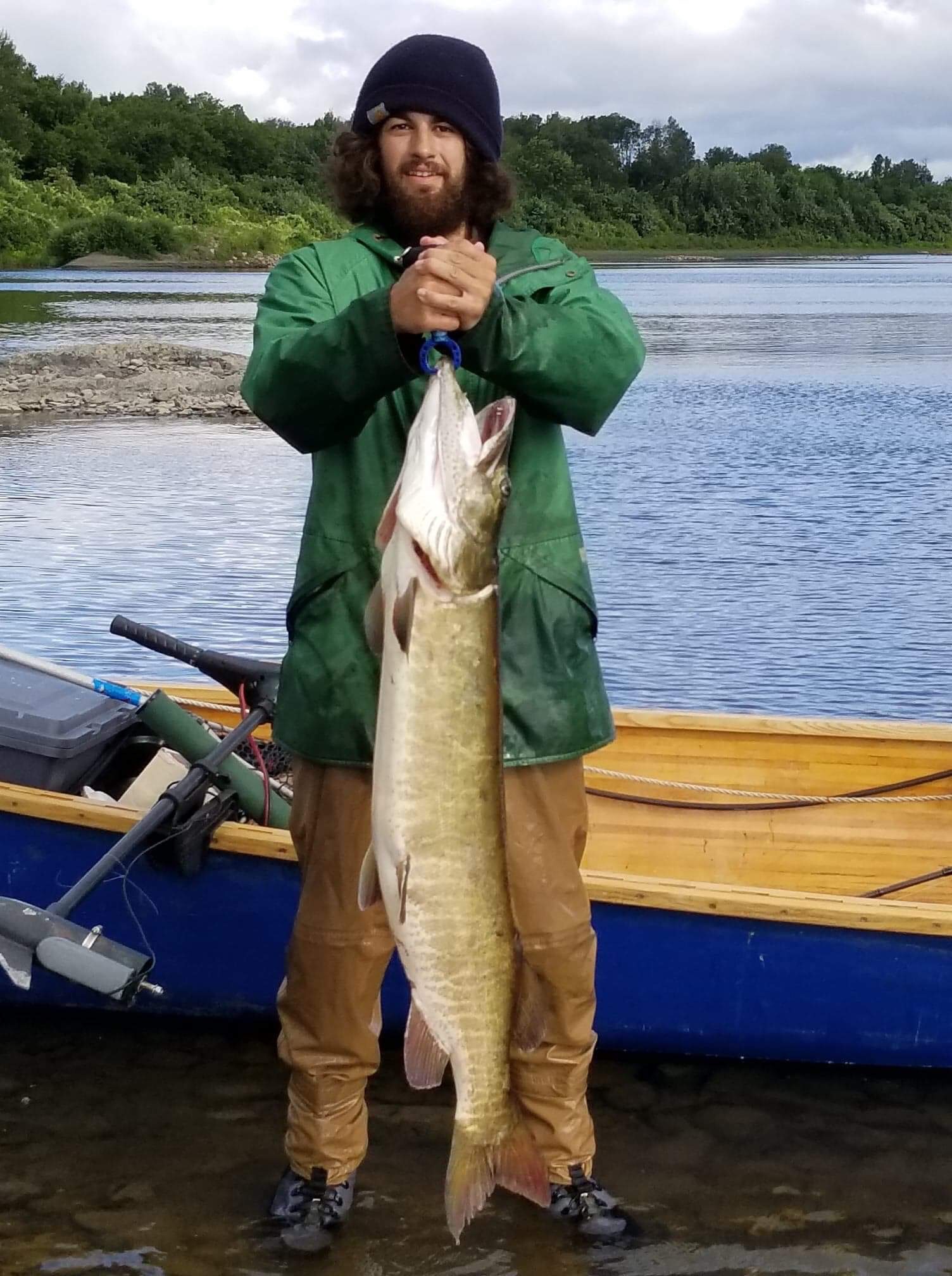 .Caleb Slocum is the grandson of Willard and Blanch Jalbert of Fort Kent and is studying to become a Registered Maine Guide

.Slocum said he was fishing on the St. John River in Grand Isle using bucktail bait when he felt the giant muskie bite shortly after 8 a.m on Friday

. “I was just focusing on keeping that line down so he didn’t jump,” Slocum said. “I was keeping it slow and steady; that’s what kept going through my mind until I landed that thing.”

The determined angler said he slept in his canoe throughout the three-day competition and nearly landed another monster fish on Saturday evening, but that muskie broke free.

Slocum said he most likely will spend his winnings on muskie gear and hunting equipment, and will be back to compete in the derby again next year.

Cowyn Jandreau, 12, of St. Francis topped the youth leaderboard, and was indeed the only angler ages 16 and under to enter a muskie in the competition this year, with his 38 1/2 inch, 13.6 pound fish.

The youngster caught the muskie with spinner bait late Saturday afternoon while fishing at an upper pond of Glazier Lake with his father Josh Jandreau and sister Bailey McBreairty.

Cowyn Jandreau said he “felt pretty good” about catching the winning fish and has not yet decided how he will spend his $500 prize.

A huge crowd of fishing fans gathered at the awards ceremony outside UP North Outdoors on Main Street in Fort Kent on Sunday evening to celebrate the derby winners.

As the Maine Turnpike expects 1 million travelers alone over the Labor Day weekend, policymakers are gearing up for a sprint to solve one of the state’s most intractable problems: a long-standing — and growing — transportation funding gap.
Apex Weather END_OF_DOCUMENT_TOKEN_TO_BE_REPLACED

A cold front moved through the Valley early this morning, and it will be followed by an Arctic cold front this afternoon.
Campaign Corner END_OF_DOCUMENT_TOKEN_TO_BE_REPLACED

U.S. Senator Angus King (I-Maine) today visited with students at the University of Maine at Fort Kent (UMFK) to discuss his work in Maine and Washington and answer questions from students.
Our Sponsors END_OF_DOCUMENT_TOKEN_TO_BE_REPLACED