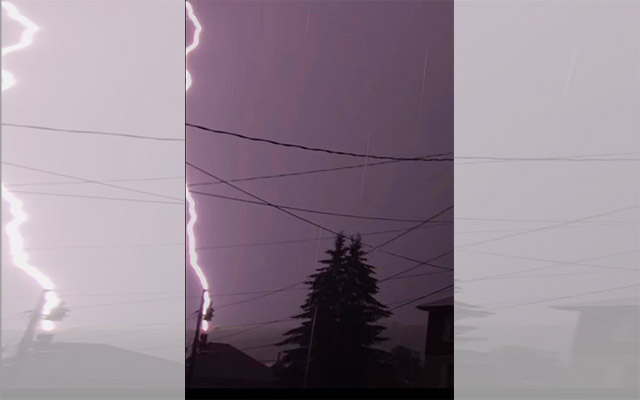 Above average temperatures were the norm in July

Jen Lynds, BDN Staff • August 1, 2019
Kara Gregory of Presque Isle said Thursday she was constantly reminded last month of why July is her favorite time to be in Maine.

CARIBOU, Maine — Kara Gregory of Presque Isle said Thursday she was constantly reminded last month of why July is her favorite time to be in Maine.

“Most of the time, it seems like the sun shines every day,” she said. “There is a sense of celebration that kicks off on the Fourth of July and seems to last all month, and you can just feel the heat that you waited all winter for.”

Maine residents were not let down by the weather last month, as above-average temperatures were the norm and records were set in some areas, according to the National Weather Service in Caribou.

The city received just 2.49 inches of rainfall, which was 1.59 inches below normal.

“It was a very dry month, definitely,” Cornwell said Thursday. “We didn’t receive much rainfall at all in Caribou.”

The city, in contrast to Caribou, saw above-average precipitation for the month. Bangor saw 4.46 inches of precipitation, which was an inch above average.

In Portland, July was the warmest month on record in the city since the National Weather Service in Gray began compiling records nearly 80 years ago. The average temperature for the month was 72.9 degrees, which beat the previous record of 72.7 degrees set in July 2011.

There were four days last month in which Portland residents saw a temperature of 90 degrees or higher.

Cornwell said that central and northern Aroostook residents saw a swath of heavy rainfall and wind from a system that moved through the area on Wednesday evening.

“The system came through Ashland and Mapleton and then tracked north,” he said. “Some areas saw very heavy rain and wind, as well as thunder and lightning.”

Up to two inches of rainfall accumulated in southern Piscataquis County.

Presque Isle picked up .38 inches of rainfall from the system, as did Caribou. A wind gust of 45 mph was recorded at the NWS office in Caribou due to a line of thunderstorms.

Temperatures are expected to decline slightly throughout the month of August.

As the Maine Turnpike expects 1 million travelers alone over the Labor Day weekend, policymakers are gearing up for a sprint to solve one of the state’s most intractable problems: a long-standing — and growing — transportation funding gap.
Apex Weather END_OF_DOCUMENT_TOKEN_TO_BE_REPLACED

Mostly cloudy skies will develop after midnight as a warm front moves across the area with some snow flurries possible overnight.
Our Sponsors END_OF_DOCUMENT_TOKEN_TO_BE_REPLACED