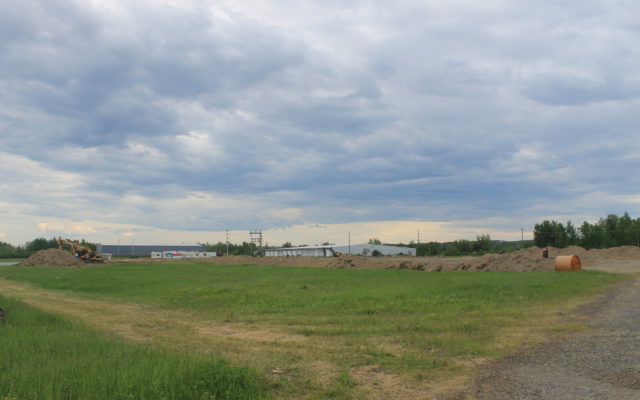 Anthony Brino • June 25, 2019
As Aroostook County’s potato crop emerges from the ground, a new processing plant is in the works in Washburn thanks to a tax credit designed for the Penobscot McCrum business based in Belfast.

PRESQUE ISLE, Maine — As Aroostook County’s potato crop emerges from the ground, a new processing plant is in the works in Washburn thanks to a tax credit designed for the Penobscot McCrum business based in Belfast.

Aroostook County’s potato industry is on track to see the potato processing company Penobscot McCrum expand its processing business with a new factory in Washburn. The company has proposed a 115,000-square-foot potato processing plant on Parsons Road in Washburn that would benefit from a new food business tax credit passed by the Maine legislature and signed into law by Gov. Janet Mills.

Modeled after the business expansion tax credit provided to Idexx Laboratories in Westbrook, the food processing tax credit will allow eligible Maine companies to receive a refundable tax credit equal to two percent of their investment for 20 years, according to the legislation summary. In effect, it allows the eligible companies to pay a reduced rate of state income taxes, according to Senate President Troy Jackson (D-Allagash), the legislation’s primary sponsor.

“We’re trying to do something that’s going to help stabilize the potato industry,” Jackson said in an interview in May.

The Northern Maine Development Commission estimated in legislative testimony that the Washburn plant will come with about 80 new jobs and an annual economic output of $35 million.

Washburn town manager Donna Turner said in legislative testimony that the new factory’s jobs and property tax revenue will provide an economic and demographic boost to the small town of about 1,700 people. 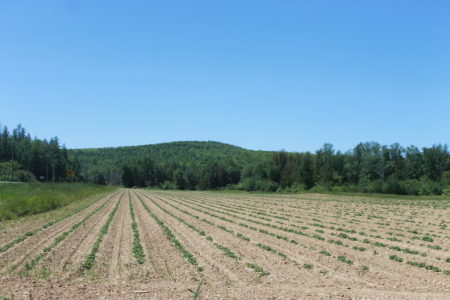 The 2019 potato crop emerging from the ground in a field along Route 1 in Mars Hill on June 24.
(Anthony Brino)

“I can see growth by offering new jobs and giving families incentive to move into town,” Turner said. The additional property taxes would “ease the tax burden, especially on our elderly population, and most importantly, allow us to keep our schools,” Turner added.

The largest buyer of Maine potatoes is currently the McCain Foods factory in Easton. Other buyers include the Bob Evans’ Pineland Farms plant in Mars Hill, the Penobscot McCrum plant in Belfast and Frito-Lay in Connecticut.

The relatively cool and wet spring made planting a challenge throughout May, but as of the week of the summer solstice, pretty much every potato field has been planted, said Jim Dwyer, long-time crops specialist with the University of Maine Cooperative Extension in Presque Isle.

“The crop really is made in July and August,” Dwyer said. “The stands that are coming up look good. I think we’ll be in good shape.”

Growers of seed potatoes would be the only farms finishing up planting later, Dwyer said. Seed potato growers, who sell their planting stock to other farmers in other states, are less concerned with the size of the tubers and often plant later in warmer soil conditions.

According to the Maine Potato Board, about two-thirds of the state’s potato crop is grown for processing companies, about a quarter is grown for seed that’s sold to potato farmers in other states, and about 10 percent is grown as “tablestock” for the grocery market.