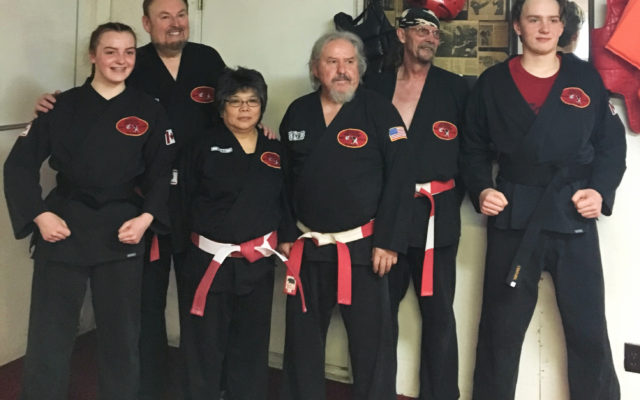 Competitors from 5 to 66 years of age competed in dozens of point sparring and throwing divisions. Each group was divided by age, gender and experience, which is determined by belt color that signifies months and years of practice and experience.

Roughly 200 entrants exhibited their skills throughout the day in eight rings, each overseen by a head judge and four corner referees, all black belts of various levels.

In the final tally, Graves’ students and instructors accounted for 64 first-, second- and third-place awards. Twenty two local artists enjoyed the feat of being dual winners, bringing back a trophy in fighting as well as Ju-Jitsu throwing.

There were a handful of memorable family accomplishments as well. Brown belt Joel Philbrook of Island Falls, his son Jack and daughter Brooklyn combined to bring home five trophies. Tom Ayer, partner Gina Sinclair and sons Evan and Colin of Caribou also garnered a quintet of trophies. Four other pairs of siblings from Mars Hill, Fort Kent and Perth-Andover also won either two, three or four awards from the day’s competition.

The tournament ended mid-afternoon with all members of Maine Ketsugo and Karate Association (MKKA) promotional board members to meet at the Ellsworth main branch dojo at 6 p.m. for twice yearly black belt testing.

The board consists of 25 master senseis, all fifth to 10th degree, who oversee several hours of testing to decide if a recommended individual deserves to earn a first degree or higher promotion. Eleven testers participated, and five of those were regional instructors for Graves’ branch schools. Those area testers from Aroostook dojos comprised two for first-degree black belts and then the three highest ranks of the remaining group.

Sensei Walter Garnett of Sherman has studied martial arts with Grandmaster Bill Graves for 32 years and is only his second Ketsugo student to test for and attain the rank of ninth degree.

Sensei Steve Chabot of Houlton has worked out for 28 years with Graves’ and, like Garnett, his outstanding testing performance assured his promotion as well. He now is an eighth degree, technically known as Shichidan; of the 126 black belts in the 18 Maine branches of MKKA, only 12 currently hold eighth- or ninth-degree master’s belts.

Sensei Lucy Newbegin of Caribou, with 18 years’ experience, was the third highest ranked tester and performed well in all aspects to earn a fifth stripe, the rank of godan and the master’s level red and white belt.

Brother and sister Kieran and Gwen Everett of Perth-Andover tested for and earned their first-degree black belts. Each had worked out for five and a half years.

To learn more about the Aroostook dojos, tournaments and testing, visit Graves Institute of Self Defense on Facebook. 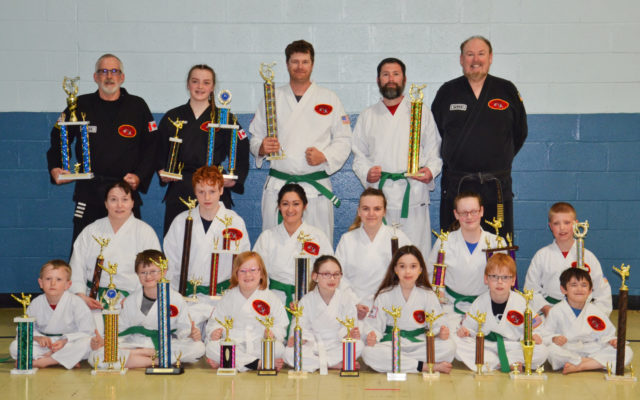 High pressure moving east will allow southerly flow to set up across the Valley with above normal temperatures across the region. Clouds will increase this morning as a cold front approaches.
Our Sponsors END_OF_DOCUMENT_TOKEN_TO_BE_REPLACED