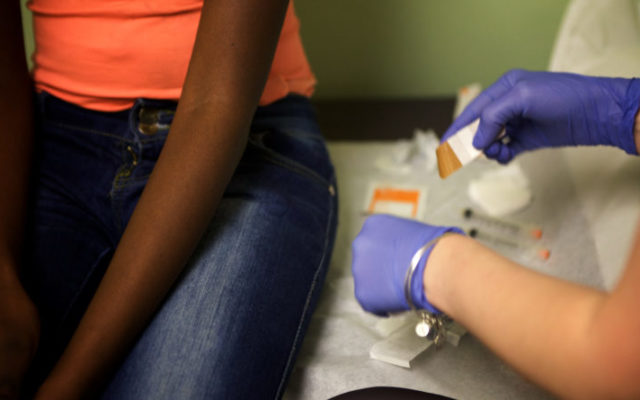 Michael Shepherd, BDN Staff • May 15, 2019
The Maine Senate reversed itself on Tuesday to support the repeal of a religious exemption to school vaccine requirements by a single vote, putting the controversial priority of Democrats who lead the Legislature back on track for passage.

AUGUSTA, Maine — The Maine Senate reversed itself on Tuesday to support the repeal of a religious exemption to school vaccine requirements by a single vote, putting the controversial priority of Democrats who lead the Legislature back on track for passage.

The surprising vote was decided by Sen. Jim Dill of Old Town, who was one of four Democrats to vote earlier this month for a version of a bill from Rep. Ryan Tipping, D-Orono, that would have repealed a personal exemption to vaccine requirements but left a religious one in place.

Dill switched his vote Tuesday to put the Senate in agreement by an 18-17 tally with a House of Representatives version backed by most Democrats and Gov. Janet Mills.

It would scrap all nonmedical exemptions as a response to rising opt-out rates among Maine children and faces further action in the Legislature. Advocates for the proposal worried that scrapping just the personal exemption would push others into using the religious exemption.

Maine’s vaccine laws would be among the strictest in the nation under Tipping’s bill. Now, 16 states allow a personal exemption to vaccine requirements while only three states have no religious exemption, according to the National Conference of State Legislatures.

In the past school year, Maine had a higher vaccine opt-out rate than all but six states. The share of kindergartners vaccinated for measles dropped this school year for the third straight year with the share of students citing nonmedical exemptions rising from 5 percent to 5.6 percent.

Dill said in a floor speech that he believes in vaccines and voted at first to leave the religious exemption in place “to get people to take notice as we go forward.” He said medical exemptions should be broadened and urged Mills to convene a task force to examine that issue.

Sen. Brownie Carson, D-Harpswell, spoke through tears on the Senate floor about a granddaughter held out of kindergarten at her doctors’ urging because of a compromised immune system after chemotherapy for leukemia and a low school vaccination rate.

Opposition to Tipping’s bill has been fierce and came largely from conservatives who made personal and religious freedom arguments as well as others who had other concerns about vaccines, including a debunked linkbetween vaccines and autism.

It drew hundreds of opponents to a March public hearing that lasted until 2:30 a.m. on the day after it was convened. In floor speeches on Tuesday, Republicans argued that the bill would infringe upon religious freedom and drive children out of Maine schools.

“A vote against this bill isn’t a vote against vaccinations, it’s a vote in support of parental choice and religious freedoms,” said Sen. Brad Farrin, R-Norridgewock. “I would ask that you vote to continue to let parents decide on how to best care for their children.”

Mostly cloudy skies are expected across Fort Kent today. Clouds will thicken this afternoon as an area of low pressure quickly moves east from the Great Lakes and crosses Maine tonight then heads into the Maritimes Thursday morning.
Our Sponsors END_OF_DOCUMENT_TOKEN_TO_BE_REPLACED