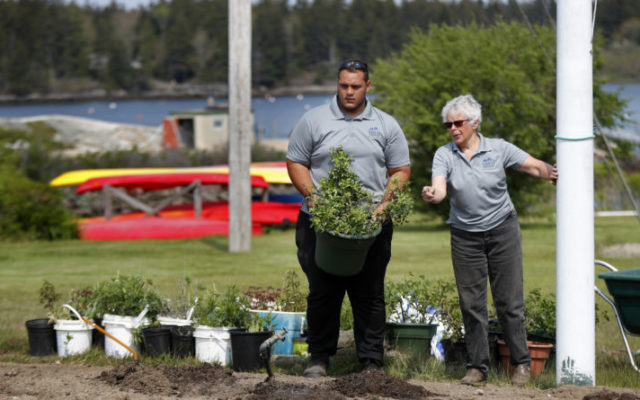 By Hadley Barndollar, Portsmouth Herald • May 8, 2019
Following the advocacy of Maine’s U.S. Sens. Susans Collins and Angus King, the federal government will release an additional 30,000 H-2B visas, with the application period beginning Wednesday and lasting for one week.

KITTERY, Maine — Following the advocacy of Maine’s U.S. Sens. Susans Collins and Angus King, the federal government will release an additional 30,000 H-2B visas, with the application period beginning Wednesday and lasting for one week.

In March, the Republican Collins and independent King led a group of 11 bipartisan senators in writing to then-Department of Homeland Security Secretary Kirstjen Nielsen, urging her to release additional H-2B visas, which would likely assist many Maine seasonal businesses that struggle to hire local workers. In recent years, some seasonal businesses reported having to cut hours or even close, citing the low unemployment rate and fewer foreign workers.

Beginning Wednesday, employers will have one week to apply for the additional visas, which may only be used for returning foreign workers who worked in the United States during 2016, 2017 or 2018. Applications can be filed on USCIS’ website, www.uscis.gov/i-129.

“In order to meet the demand of the nearly 37 million tourist visits to our state each year – many of which occur during the busy summer season – Maine businesses need H-2B workers to supplement the more than 100,000 Mainers employed in the tourism industry,” Collins and King said in a joint statement.

“We are encouraged that, following our advocacy, the administration has agreed to release an additional 30,000 visas, which will partially relieve the severe pressure many seasonal business are under. While these visas will help prevent many Maine hotels and restaurants from closing or curtailing their operations, which would harm Maine jobs and local communities, they are still far short of what is needed to meet demand given the record low unemployment rate.”

Collins and King said Maine businesses that have proven they are unable to hire workers should apply for the H-2B visas.

According to Collins and King, bipartisan research has found a direct correlation between increased numbers of H-2B workers and a rise in pay across the board for all employees. As required by law, employers must first make a concerted effort to hire American workers to fill open positions.

Mostly cloudy skies are expected across Fort Kent today. Clouds will thicken this afternoon as an area of low pressure quickly moves east from the Great Lakes and crosses Maine tonight then heads into the Maritimes Thursday morning.
Our Sponsors END_OF_DOCUMENT_TOKEN_TO_BE_REPLACED