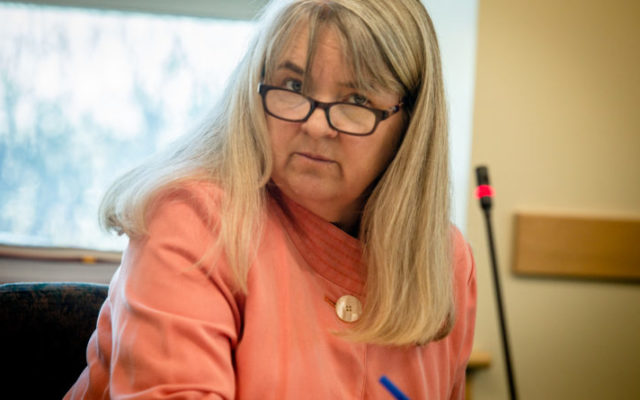 Michael Shepherd, BDN Staff • May 8, 2019
A first-in-the-nation compromise bill that would mandate paid leave in 85 percent of Maine’s workforce is sailing for passage through the Democratic-led Legislature after easily gaining initial approval in a Senate vote on Tuesday.

AUGUSTA, Maine — A first-in-the-nation compromise bill that would mandate paid leave in 85 percent of Maine’s workforce is sailing for passage through the Democratic-led Legislature after easily gaining initial approval in a Senate vote on Tuesday.

The bill from Sen. Rebecca Millett, D-Cape Elizabeth, was a bargain between Democrats, Republicans and business interests aimed at staving off a universal paid sick leave initiative proposed for a 2020 referendum by the progressive Maine People’s Alliance.

The bill both reaches further and is pared down relative to earlier iterations. It was endorsed by the Senate without a roll-call vote on Tuesday in a signal of broad support. It faces further action in both chambers.

While 10 states and Washington, D.C., currently mandate sick leave in some form, the compromise bill would allow workers at businesses with more than 10 employees for more than three months in a year to accrue up to 40 hours of general-purpose leave per year.

No other state has taken that approach, but the original version of Millett’s bill would have applied to businesses with more than five employees and the Maine People’s Alliance version would apply to all employers. The compromise version brokered in part by Gov. Janet Mills, a Democrat, would also bar cities and towns from setting other leave standards.

That last provision was a priority for businesses and a sore spot for progressives, particularly those pushing a universal sick leave program in Portland rejected by city councilors in a 5-4 vote on Monday. The liberal Maine Center for Economic Policy has said 9,000 more Portland workers would have been covered by that measure than the state proposal.

“I think that this is a truly momentous and historic step forward for our state,” Sen. Shenna Bellows, D-Manchester, the co-chair of the Legislature’s labor committee, said on the floor.

The local preemption was less controversial after the Portland vote. The Maine Center for Economic Policy has said Millett’s bill would apply to 493,000 people — or 85 percent of the workforce — and that 139,000 people who don’t have paid sick leave now would be eligible under the new version. Another 137,000 have paid sick time but no other leave.

As election season winds down to its final stretch, candidates are raising money to fund their campaigns, hoping to prevail in the Nov. 3 election, which has already seen millions of Americans cast their ballots in early and absentee balloting.
Apex Weather END_OF_DOCUMENT_TOKEN_TO_BE_REPLACED

Clouds are expected to increase this afternoon as a weak upper trough over the Saint Lawrence drifts southwards producing a chance for afternoon snow showers across the region.
Our Sponsors END_OF_DOCUMENT_TOKEN_TO_BE_REPLACED