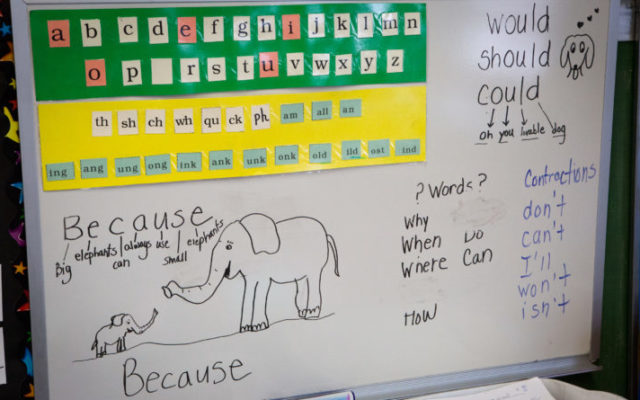 Alex Acquisto, The Forecaster • May 8, 2019
A bill to increase Maine’s minimum teacher salary to $40,000 won support in the House of Representatives on Tuesday, likely portending a victory for Democrats and the state teachers union, who have been working since 2014 to enact such a measure.

A bill to increase Maine’s minimum teacher salary to $40,000 won support in the House of Representatives on Tuesday, likely portending a victory for Democrats and the state teachers union, who have been working since 2014 to enact such a measure.

The proposal from Sen. Rebecca Millett, D-Cape Elizabeth, hand-picked over two other similar bills voted down by the Education and Cultural Affairs Committee in March, won 86-56 support in the House. It’s Millett’s third attempt in four years to increase teacher pay statewide. Rep. David Haggan of Hampden was the only Republican to join House Democrats in supporting the measure Tuesday.

It would raise certified K-12 teacher pay from $30,000 to $40,000 beginning in 2020, while also providing programmatic and staffing supports to address chronic teacher shortages and retention rates across the state.

The bill, if passed into law, would provide a roadmap for how to apply a $10 million increase in public education funding earmarked for teacher raises by Democratic Gov. Janet Mills in her biennial budget, which includes an overall $126 million spike in K-12 education funding.

Increasing the baseline pay, which has not been adjusted since 2012 under former Gov. Paul LePage, is something Republicans and Democrats both want, but they’re split on how best to institute it. Meanwhile, Maine teacher salaries have lagged behind national averages for decades, according to data from the National Center for Education Statistics, and disparities between affluent and struggling districts are stark.

Millett’s bill seeks to level somewhat those disparities by making teacher salary increases part of the Essential Programs and Services funding formula, which dictates how much state aid each district receives and, in turn, how much a district must pay in property taxes to make up the difference. This is where Democrats on the education committee were at odds with Republicans, who don’t want state taxpayers to shoulder those salary increases.

Once the baseline salary is instituted in the 2020-21 school year, a teacher’s salary may not remain at that level for longer than two years. In that first year, the state will provide 66 percent of the salary increase, and 3 percent in 2022-23. Taxpayers will cover the difference — a point some Republicans have contested as disproportionately benefiting wealthier districts.

Sen. Matt Pouliot, R-Augusta, proposed a bill amendment to this end — to adjust teacher salary to $40,000 using a statewide teacher contract, not through the EPS funding formula — but it didn’t gain traction.

The bill sailed through the Senate without a roll-call vote and now requires only procedural votes before heading to Mills.