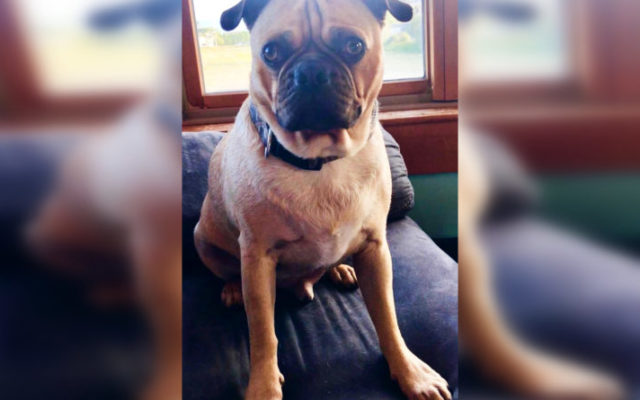 ‘Franky’s Law’ would give animals legal advocates in cruelty cases

Judy Harrison, BDN Staff • May 2, 2019
A bill that proposes creating a court advocate for the victims in animal cruelty cases would be named for Franky, the Boston terrier-pug mix stolen from his Winter Harbor home and killed last year, if passed into law.

A bill that proposes creating a court advocate for the victims in animal cruelty cases would be named for Franky, the Boston terrier-pug mix stolen from his Winter Harbor home and killed last year, if passed into law.

LD 1442, based on a Connecticut law, would allow judges to appoint volunteer lawyers and students at the University of Maine School of Law “to represent the interests of justice,” but not the animals themselves.

About 30 people either submitted written testimony or attended a public hearing before the Legislature’s judiciary committee Wednesday morning. Those testifying did not include Franky’s owner, Phil Torrey of Winter Harbor.

The vast majority of people testifying said they supported the bill, including the University of Connecticut School of Law professor who advocated for the comparable bill in that state that led to Desmond’s Law, which took effect in 2016.

“Desmond’s Law was created in response to a confluence of factors: Connecticut’s historical under-enforcement of anti-cruelty laws, recognition of animal sentience, acknowledgement of the link between violence to animals and violence to humans, need to provide law students with experiential learning opportunities, and a tragic animal cruelty case involving a dog named Desmond,” wrote Jessica Rubin, an assistant clinical professor of law and director of the Legal Practice Program at the UConn School of Law.

Desmond was a shelter dog who was starved, beaten and strangled to death in Branford, Connecticut, in 2012, according to the Hartford Courant. The prosecutor recommended prison time for the offender, but the judge imposed a sentence that allowed the charges to be dismissed if he completed certain requirements.

Rubin cited statistics showing that 80 percent of the animal cruelty cases filed in Connecticut courts were dimissed between 2007 and 2017.

Portland attorney Bonnie Martinolich, testifying for Maine Friends of Animals, told the panel that the state has strong animal cruelty statutes but limited resources to enforce them. She and others cited data linking animal abuse to domestic violence.

“What if we could break that link and stop animal abusers from becoming human abusers?” she said.

But support was not universal. The American Kennel Club and the Federation of Maine Dog Clubs and Responsible Dog Owners opposed the bill.

Liam Hughes, director of the state’s Animal Welfare Program in the Department of Agriculture, Conservation and Forestry said the volunteer advocate program would be unnecessary. His office investigates animal cruelty cases and trains animal control officers and police to gather evidence that can be presented in court.

Investigators from the Animal Welfare Program and animal control officers act as advocates for animals in cruelty cases, Hughes said. Plus, he said the advocates’ role — as representing “the interests of justice” — would be unclear.

“I’m not sure what that language means,” he said.

Hughes said that his office is still working on the case of Franky the dog.

The Hancock County grand jury last month indicted the two men accused of breaking into Torrey’s home, taking Franky, then killing him on burglary, aggravated cruelty to animals and other charges.

Nathan Burke, 38, of Hancock and Justin Chipman, 23, of Steuben are each also facing additional charges of theft, unauthorized use of property and aggravated criminal mischief. Both are being held at the Hancock County Jail after the revocation of bail.

They are scheduled to arraigned at 9 a.m. Monday at the Hancock County courthouse in Ellsworth.

A judiciary committee work session on LD 1442 has not been scheduled.

Mostly cloudy skies are expected across Fort Kent today. Clouds will thicken this afternoon as an area of low pressure quickly moves east from the Great Lakes and crosses Maine tonight then heads into the Maritimes Thursday morning.
Our Sponsors END_OF_DOCUMENT_TOKEN_TO_BE_REPLACED