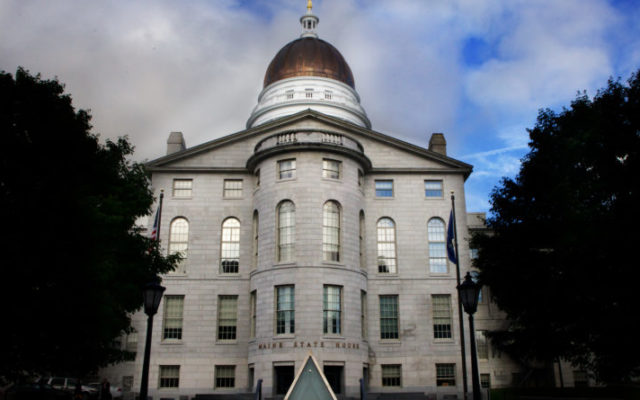 Alex Acquisto, The Forecaster • May 2, 2019
Wednesday’s public hearing on a Democrat-backed bill that would increase the number of licensed medical professionals who can perform abortions in Maine provided the latest forum for the long-running debate over the legal procedure.

Wednesday’s public hearing on a Democrat-backed bill that would increase the number of licensed medical professionals who can perform abortions in Maine provided the latest forum for the long-running debate over the legal procedure.

The proposal from Gov. Janet Mills, who has firmly backed federal and state measures to ensure Maine women’s comprehensive access to sexual and reproductive health care, would amend state laws dating back to the late 1970s and 1980s and allow more medical professionals to provide abortions, beyond just physicians. Under the new bill, whose co-sponsors include House Speaker Sara Gideon, D-Freeport, and Sen. Cathy Breen, D-Falmouth, a physician assistant, an advanced licensed practice nurse, or licensed allopathic and osteopathic physicians could also perform those procedures. Currently, anyone other than a licensed physician who performs an abortion in Maine can be charged with a felony.

Forty-two states allow surgical abortions only to be performed by licensed physicians, according to the Guttmacher Institute, and 34 states hold the same requirements for medication abortions, which is when medicine is taken orally to stop a pregnancy.

Bethany Beausang, one of Mills’ legal advisers who spoke on behalf of the governor, called the current law limiting who can provide abortions, “outdated and not based on science.”

“It disproportionately harms women who live in rural areas, as well as those with low incomes,” Beausang told the Health Coverage, Insurance and Financial Affairs Committee. “This bill will equalize access to abortion care.”

It’s one of a handful of bills before the Legislature this session that could substantially broaden access to abortion in Maine, which ranks high among roughly 20 other states where that right is most protected. The other bill from Rep. Jay McCreight, D-Harpswell, seeks to equalize access to abortion care for low-income and eligible MaineCare recipients by requiring the state Department of Health and Human Services to cover the cost. Any insurance carrier in Maine not already providing coverage for those services must also do so under their maternity health care plans.

Proponents on Wednesday said by allowing more medical professionals to provide abortions, it would cut down on patients’ wait time and reduce the need for women in rural areas to drive longer distances to find a qualified physician, thereby “enabling women to choose who they want to perform this procedure,” Breen said.

Opponents said the bill would increase the number of abortions in Maine, but not through safe means.

“It’s not about access to abortion but the increase of abortions,” Trish Moran of Maine Right to Life said, adding that the bill “does nothing to increase the safety” of the procedure.

But Kate Brogan, vice president of public affairs at Maine Family Planning, said clinicians who perform the procedure now and who would under the bill are “determined by their licensing board [as] competent to provide this service.”
The committee will likely decide later this month whether to recommend the bill for passage by the Legislature.

Deep low pressure near Newfoundland will keep breezy conditions across the SJV today and tonight as it interacts with high pressure building down from the northwest.
Our Sponsors END_OF_DOCUMENT_TOKEN_TO_BE_REPLACED