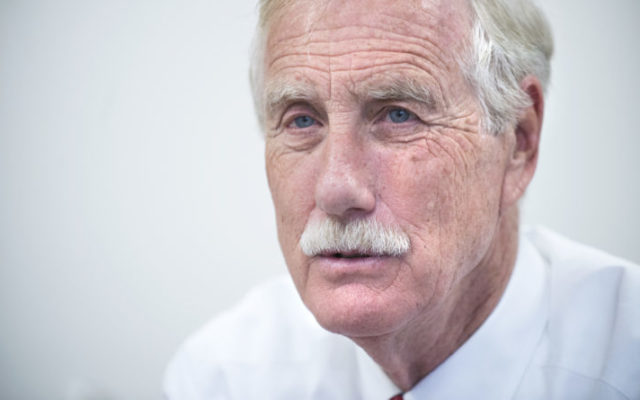 Testifying before the Senate Judiciary Committee on Wednesday, Barr pushed back against what he called “snitty” complaints made by special counsel Robert Mueller in a private letter in which he conveyed his unhappiness over the attorney general’s portrayal of the Russia probe’s findings.

In his letter, Mueller said he was worried that Barr’s four-page letter, released March 24, summarizing the main conclusions of the probe lacked necessary context, which was offered in introductions and summaries that Mueller’s team had prepared for public release, according to the Associated Press.

“There is now public confusion about critical aspects of the results of our investigation,” Mueller wrote in his letter to Barr. “This threatens to undermine a central purpose for which the Department appointed the Special Counsel: to assure full public confidence in the outcome of the investigations.”

A redacted copy of Mueller’s report was released on April 18.

Democrats seized on the public airing of tensions between the Justice Department and the special counsel’s team to attack Barr’s credibility, accusing him of spinning the report in President Donald Trump’s favor.

King, an independent who caucuses with Democrats, said that the episode has “verified” his lack of confidence in Barr, saying “this is exactly what I was concerned about — that he would be more the president’s lawyer than the people’s lawyer.”

“[E]ven before I had seen the Mueller report, I questioned whether [Barr’s four-page letter] was an accurate representation [of the special counsel’s findings]; of course, what he said in his letter was very much at variance with the Mueller report once we all got a chance to read it,” King said.

On Wednesday, lawmakers pressed Barr on whether he had misled Congress last month when he said he was unaware of complaints from Mueller’s team, saying he had not lied because he was not in touch with the special counsel’s team but Mueller himself, according to the Associated Press.

King said he was disappointed in Barr’s response to lawmakers’ concerns, calling it “legalistic-hair splitting of the most creative kind.”
“I don’t know whether that constitutes a lie, but it was certainly not being very forthcoming when he knew very well that he had already been notified by Mr. Mueller himself that the four-page letter wasn’t an accurate representation of the report,” King said.

U.S. Rep. Chellie Pingree, a Democrat, on Wednesday joined the ranks of lawmakers and 2020 Democratic contenders — including Joe Biden and Elizabeth Warren — who have called on Barr to resign, saying that Barr has “demonstrated once again that his loyalty is to protecting President Trump from oversight and accountability.”

Pingree, who accused Barr of obfuscating and evading in his testimony before the Senate Judiciary Committee, said that Barr is “not impartial” and for the good of the nation that “he should step down from his post.”

Mostly cloudy skies are expected across Fort Kent today. Clouds will thicken this afternoon as an area of low pressure quickly moves east from the Great Lakes and crosses Maine tonight then heads into the Maritimes Thursday morning.
Our Sponsors END_OF_DOCUMENT_TOKEN_TO_BE_REPLACED