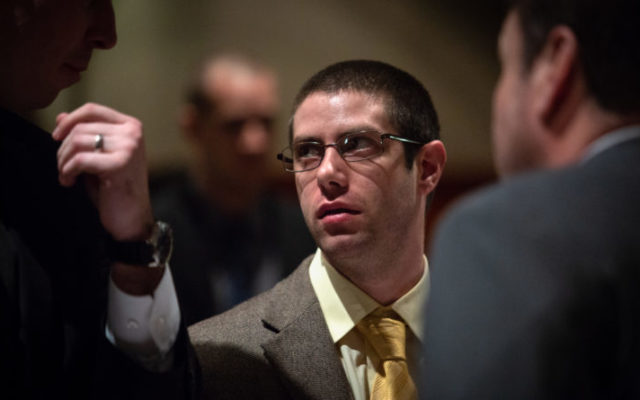 Police did not beat confession out of accused cop killer, judge rules

Judy Harrison, BDN Staff • April 26, 2019
A Superior Court justice found Friday that police did not beat a confession out of the man accused of slaying Somerset County Deputy Cpl. Eugene Cole, but threw out some statements John D. Williams made to investigators along with his re-enactment of the alleged crime.

A Superior Court justice found Friday that police did not beat a confession out of the man accused of slaying Somerset County Deputy Cpl. Eugene Cole, but threw out some statements John D. Williams made to investigators along with his re-enactment of the alleged crime.

Williams, 30, of Madison has pleaded not guilty to murder and other charges in the shooting death of Cole in Norridgewock on April 25, 2018.

His attorney, Verne Paradie of Lewiston, had sought to suppress all of Williams’ interview with police following his capture three days after Cole’s death. The capture followed an intensive manhunt that included law enforcement officers from across New England.

“We are very pleased that the court has held that a portion of Mr. Williams’ interrogation should be suppressed,” Paradie said. “We do still strongly believe that his waiver of Miranda rights was not voluntary during the entire interrogation, including the parts that were not suppressed, but we are pleased that the court agreed with us with regard to a significant part of the interview when Mr. Williams was asked to conduct a re-enactment of the event.”

It is the practice of the Maine Attorney General’s office, which is prosecuting the case, not to comment until a verdict is announced.

Superior Court Justice Robert Mullen found that Williams appeared weak, stumbled and dozed off during the videotaped interview and re-enactment. Because of that, Williams’ statements were not voluntary and had to be suppressed.

The judge ruled that about 90 minutes of the interview with police at the Waterville police station could be submitted as evidence, but everything after that was suppressed.

Mullen found that the punches inflicted on Williams by police at the time he was taken into custody were not coercive because it was “not inflicted to secure a confession.”

Williams is scheduled to be tried in June at the Cumberland County Courthouse in Portland.

Maine is more than eight months into Medicaid expansion under the federal Affordable Care Act and trends around who is enrolling and where they live are starting to emerge, bucking some expectations and pointing out access challenges.
Apex Weather END_OF_DOCUMENT_TOKEN_TO_BE_REPLACED

Low pressure will track into the Atlantic from off the Southeast coast tonight into Thursday with increased cloudiness this evening into the overnight hours.
Campaign Corner END_OF_DOCUMENT_TOKEN_TO_BE_REPLACED

Dale Crafts filed his nomination papers for Feb. 21 with the Secretary of State to officially be placed on the primary ballot on June 9, 2020, for the U.S. House of Representatives 2nd District race.
Our Sponsors END_OF_DOCUMENT_TOKEN_TO_BE_REPLACED