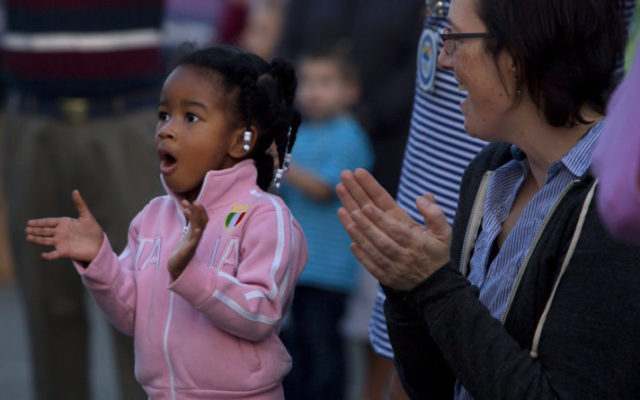 Emily Burnham, BDN Staff • April 25, 2019
The 15th annual American Folk Festival on the Bangor Waterfront, set for Aug. 23-25, will feature several new genres for the event, including a surf rock band that wears Mexican wrestling masks during their performances.

The 15th annual American Folk Festival on the Bangor Waterfront, set for Aug. 23-25, will feature several new genres for the event, including a surf rock band that wears Mexican wrestling masks during their performances.

The first five acts for this year’s festival were announced this week, offering up the usual diverse array of genres. The five performers include:

The Campbell Brothers, a New York-based gospel band that plays a style of religious music called “sacred steel.” Pedal steel player Chuck Campbell has for more than 20 years led his band of brothers, which performed in Bangor in 2004 during the National Folk Festival, the precursor to the American Folk Festival.

Grupo Cimarron, a Grammy-nominated Colombian band that performs joropo, a style of Latin dance music from Columbia and Venezuela that weaves in African and Indigenous musical elements.

Les Tireux d’Roches, a Quebecois band that draws from both traditional French and Quebecois music while playing a wide array of instruments.

More 2019 AFF performers will be announced in the coming weeks. The annual Color Bangor Fun Run, a road race that benefits the AFF in which volunteers throw colored powder at participants, is set for Saturday, May 11.

Maine is more than eight months into Medicaid expansion under the federal Affordable Care Act and trends around who is enrolling and where they live are starting to emerge, bucking some expectations and pointing out access challenges.
Apex Weather END_OF_DOCUMENT_TOKEN_TO_BE_REPLACED

Low pressure will track into the Atlantic from off the Southeast coast tonight into Thursday with increased cloudiness this evening into the overnight hours.
Campaign Corner END_OF_DOCUMENT_TOKEN_TO_BE_REPLACED

Dale Crafts filed his nomination papers for Feb. 21 with the Secretary of State to officially be placed on the primary ballot on June 9, 2020, for the U.S. House of Representatives 2nd District race.
Our Sponsors END_OF_DOCUMENT_TOKEN_TO_BE_REPLACED