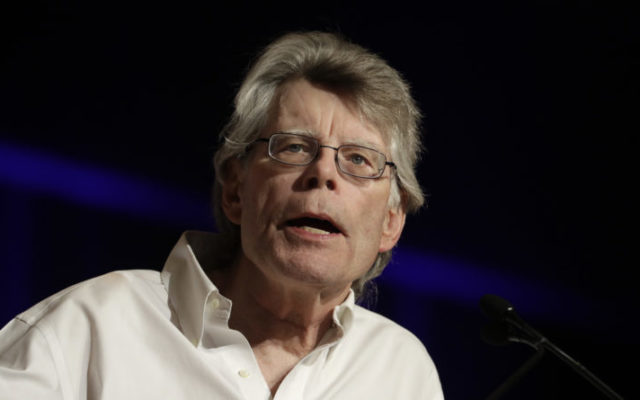 2 new Stephen King works to be adapted for the screen

Emily Burnham, BDN Staff • April 22, 2019
There are two more additions to the seemingly never-ending stream of Stephen King works being adapted into movies and TV series, both announced last week.

There are two more additions to the seemingly never-ending stream of Stephen King works being adapted into movies and TV series, both announced last week.

“Sleeping Beauties,” the 2017 novel co-written by King and his son, Owen King, will be developed into a TV series by AMC. Owen King will write a pilot script for the network, Entertainment Weekly reported Wednesday.

On Thursday, it was announced by Deadline that “Rest Stop,” a short story written by Stephen King that was first published in the December 2003 issue of Esquire magazine, will be adapted into a film by Alex Ross Perry, who recently directed the film “Her Smell,” starring Elizabeth Moss, in theaters now.

There’s no word on when either adaptation would reach screens.

“Sleeping Beauties” is about a mysterious sleeping sickness that starts spreading across the globe, which causes women to fall into a deep sleep and become encased in cocoons. If the women are woken up, they enter into a homicidal rage. At a women’s prison in Appalachia and in the towns surrounding the prison, this leads to chaos.

“Rest Stop,” first published in Esquire and later reprinted in King’s 2008 short story collection, “Just After Sunset,” tells the story of author John Dykstra, who writes under the pen name Rick Hardin, who stops into a rest area in Florida and encounters a couple arguing in the bathroom next to his, which escalates into violence.

In addition to writing and directing the rock ‘n’ roll drama “Her Smell,” Alex Ross Perry also wrote and directed the film “Listen Up Philip” and wrote the script for “Christopher Robin.”

Other recently announced new King adaptations include a movie of “The Talisman” and a TV adaptation of “The Stand,” set for CBS All Access.

Maine is more than eight months into Medicaid expansion under the federal Affordable Care Act and trends around who is enrolling and where they live are starting to emerge, bucking some expectations and pointing out access challenges.
Apex Weather END_OF_DOCUMENT_TOKEN_TO_BE_REPLACED

Low pressure will track into the Atlantic from off the Southeast coast tonight into Thursday with increased cloudiness this evening into the overnight hours.
Campaign Corner END_OF_DOCUMENT_TOKEN_TO_BE_REPLACED

Dale Crafts filed his nomination papers for Feb. 21 with the Secretary of State to officially be placed on the primary ballot on June 9, 2020, for the U.S. House of Representatives 2nd District race.
Our Sponsors END_OF_DOCUMENT_TOKEN_TO_BE_REPLACED