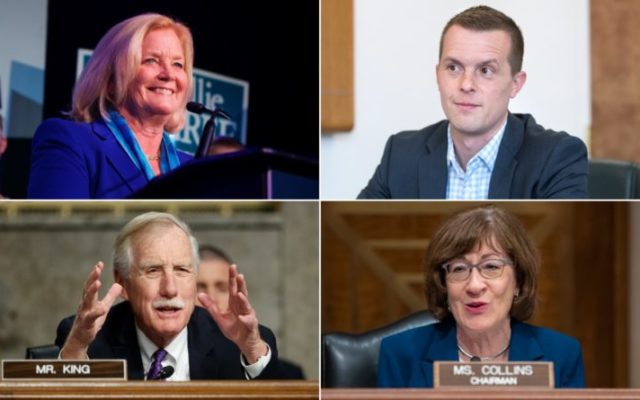 King, an independent who caucuses with Democrats, had the strongest reaction in the Maine delegation to the report, released by the U.S. Department of Justice on Thursday morning. Other members of Maine’s congressional delegation said they hadn’t reviewed it with enough depth to share their assessments of the findings.

Mueller’s two-volume report concluded that Trump and his campaign did not coordinate with Russia during the election and came to no conclusion on whether the president obstructed the investigation. The latter finding was partially because of a government opinion that sitting presidents cannot be prosecuted or indicted.

The report also detailed instances in which the Republican president tried to take control of the Mueller probe with subordinates refusing to go along, included a June 2017 directive from Trump to then-White House counsel Don McGahn to tell the acting attorney general that Mueller should be fired. McGahn was prepared to resign over the order and did not carry it out.

The report was delivered last month to Attorney General William Barr, who issued a four-page summary of its findings. After that, Maine’s delegation was united in calling for the report’s release, though the members had varying degrees of trust in Barr’s summary.

All four were in Augusta on Thursday afternoon with U.S. Department of Veterans Affairs Secretary Robert Wilkie and Gov. Janet Mills for the groundbreaking of a $91 million, 138-bed Maine Veterans’ Homes facility. They demurred to reporters, saying they had not read it.

However, King issued a statement later, criticizing Barr’s representation of the report’s findings while citing the McGahn incident and others as evidence that Trump showed “blatant disregard for our electoral and governmental norms.” He also faulted Barr for a lack of clarity around the fact that Mueller was influenced by the government’s opinion that Trump couldn’t be indicted.

Sen. Susan Collins, a Republican, said in Augusta on Thursday that “it’s important that the American people have the opportunity to review the report,” but she wouldn’t comment further until she read it.

U.S. Rep. Chellie Pingree, a Democrat from the liberal 1st District and the harshest Trump critic in the delegation, said it was “critically important to know any influence the Russians have played in our election.” Rep. Jared Golden, a Democrat from the 2nd District, which Trump won handily in 2016, said he had been in meetings for most of the day.

“I’m going to get back to the house tonight and have a copy waiting for me and start digging through it,” Golden said. “We’re going to give it the serious look it deserves.”

As the Maine Turnpike expects 1 million travelers alone over the Labor Day weekend, policymakers are gearing up for a sprint to solve one of the state’s most intractable problems: a long-standing — and growing — transportation funding gap.
Apex Weather END_OF_DOCUMENT_TOKEN_TO_BE_REPLACED

A cold front moved through the Valley early this morning, and it will be followed by an Arctic cold front this afternoon.
Campaign Corner END_OF_DOCUMENT_TOKEN_TO_BE_REPLACED