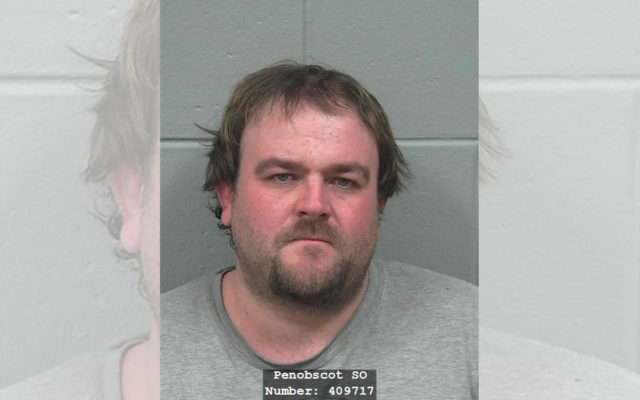 Judy Harrison, BDN Staff • April 16, 2019
The jury-waived trial of a Millinocket man accused of causing the death of his former girlfriend’s child nearly four years ago will begin Tuesday at the Penobscot Judicial Center in Bangor.

The jury-waived trial of a Millinocket man accused of causing the death of his former girlfriend’s child nearly four years ago will begin Tuesday at the Penobscot Judicial Center in Bangor.

The baby died as a result of bleeding in his brain and a fractured skull, according to the Maine attorney general’s office, which is prosecuting the case. Mackin and Clark were living together when the baby died.

Lord, 38, of Crystal is serving two life sentences at the Maine State Prison in Warren in connection with a two-county rampage in July 2015 — two months after his baby’s death. He was sentenced Aug. 8, 2017, after he pleaded guilty to murdering Kyle Hewitt, 22, of Benedicta and Kevin Tozier, 58, of Lee; shooting and wounding Kim Irish, 57, Clayton McCarthy, 57, and Carlton Eddy, 52, all of Benedicta; and assaulting Kary Mayo, 40, of Silver Ridge with a hammer.

At his sentencing, Lord blamed his actions on the loss of his son and his frustration over how long the investigation was taking.

Defense attorney Stephen Smith of Augusta said Monday that his client would be found not guilty.

“Jessee loved little Larry like he was his own,” Smith said. “I believe the evidence will show he had nothing to do with little Larry’s death.”

The trial is scheduled to last through Friday. Superior Court Justice William Anderson is expected to issue a written verdict several weeks after the trial ends.

Defense attorney Stephen Smith of Augusta did not immediately respond to a request for comment Monday. It is the practice of the Maine attorney general’s office, which was closed Monday for Patriot’s Day, not to comment on pending cases.

Maine is more than eight months into Medicaid expansion under the federal Affordable Care Act and trends around who is enrolling and where they live are starting to emerge, bucking some expectations and pointing out access challenges.
Apex Weather END_OF_DOCUMENT_TOKEN_TO_BE_REPLACED

Low pressure will track into the Atlantic from off the Southeast coast tonight into Thursday with increased cloudiness this evening into the overnight hours.
Campaign Corner END_OF_DOCUMENT_TOKEN_TO_BE_REPLACED

Dale Crafts filed his nomination papers for Feb. 21 with the Secretary of State to officially be placed on the primary ballot on June 9, 2020, for the U.S. House of Representatives 2nd District race.
Our Sponsors END_OF_DOCUMENT_TOKEN_TO_BE_REPLACED