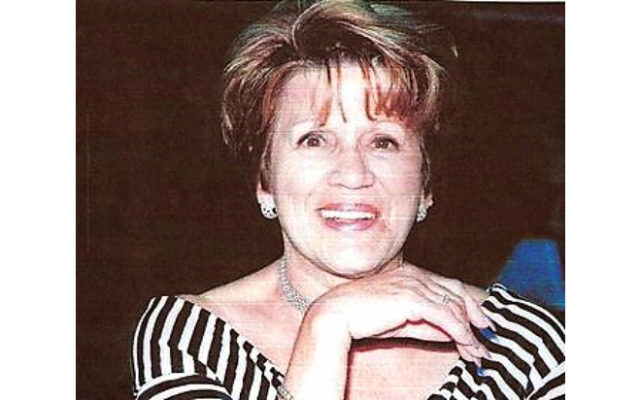 Jessica Potila, SJVT / FhF Staff Writer • February 28, 2019
Rita Cannan puts her best effort into everything she does, bettering own life and the lives of those around her.

Rita Cannan puts her best effort into everything she does, bettering own life and the lives of those around her.

When the 82-year-old Clair, New Brunswick native took a job at a Fort Kent drugstore back in the 1950s, she did not speak any English, but quickly remedied that.

“I would buy a magazine and I bought a big Webster Dictionary,” she said. “I would read the magazine out loud and when there was a word that I didn’t know how to pronounce I would look in the dictionary to see what it meant and how it was pronounced. That was how I learned. I still have my French accent, though. I always will and I really do not want to lose it, either.”

Cannan worked at the drugstore until she married her husband, Brian Cannan, in 1961. A year later the couple welcomed daughter Andrea.

“For 10 years we had a wonderful life and then my husband came home one day and said that he was opening a bar. I called it a ‘beer joint’ and I was so against it, because I knew that with bars and beer joints it’s taxing for a marriage and a relationship and family, but he was dead set and I was against it,” she said.

Brian Cannan made his wife a promise that this bar would be different.

The couple owned and operated the legendary BeeJays Tavern in Fort Kent together for 18 years.

“It was hard work. He worked like a son of a gun and so did I,” Rita said. “I worked my 40 hours then kept the books and did the cleaning on weekends.”

The Cannans’ hard work and some wise financial decisions made BeeJays the hot spot in town for decades.

Just as the couple prepared to relax into the rewards of their labor, Brian Cannan lost his life in a tragic drowning accident.

“We had just paid the mortgage (on BeeJays) … and my husband passed away. He was 50 years old,” Rita said.

Well-meaning friends encouraged Rita to sell BeeJays, thinking it would be too difficult for her to maintain on her own.

She was the sole proprietor of BeeJays for 16 years. Though she sold the business, she now wishes she had held onto it longer.

Cannan also devoted decades of her time to improving the Fort Kent community, including service on the Aroostook County Tourism Board, the Northern Maine Medical Center Board of Directors, UMFK Foundation Board, the UMFK Board of Visitors and as president of the Greater Fort Kent Area Chamber of Commerce.

This year she will receive another honor: The Can-Am Crown International Sled Dog Races organization has dedicated the 2019 races to her for her long service with the event.

She became instrumental in developing and promoting the races for two decades, such that many referred to her as ‘Rita Can-Am.’ She served as Can-Am Crown president for 15 years, resigning at age 75.

“It was tough to let go there, too,” she said. “Fort Kent has been good to me and I really appreciate the people who live in it and the businesses,” she said.

After many years of working for others, she has also found happiness in her personal life.

“Seven years ago, about the same time I had given my resignation to Can-am I met Tony Boutot. He was a classmate of my husband. I met him at a class reunion and we’ve been together ever since,” she said.

“I’ve had a wonderful, wonderful, wonderful life, and of course we know that the people in your life make it either bad or good. I have a daughter who is so loving and considerate and so good to me, so I have no worries about getting old. I have a special friend that loves me and who I love,” she said.

“I am very blessed. Every day I thank God for that, but I owe it all to my husband. …He left me well enough that I could do what I did that I could spend my time doing what I thought was good for our area,” she said. “He set me up for a good life.”

Maine’s longest serving legislator, Martin was first elected to the Maine House of Representatives in 1964 when he was 23.
Our Sponsors END_OF_DOCUMENT_TOKEN_TO_BE_REPLACED