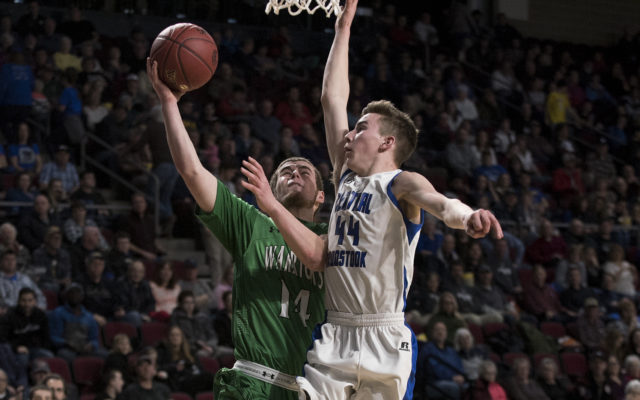 How to watch every Maine high school basketball tourney game

Larry Mahoney, BDN Staff • February 12, 2019
The same four entities will be showing the state’s boys and girls high school basketball tournament games this season either online or on TV, according to Dick Durost, the executive director of the Maine Principals’ Association.

The same four entities will be showing the state’s boys and girls high school basketball tournament games this season either online or on TV, according to Dick Durost, the executive director of the Maine Principals’ Association.

The NFHS is streaming the quarterfinals, the NSN will carry the regional semifinals and finals, and Maine Public Television will televise the state finals in all five classes on its two channels: MPT and the PBS Kids Channel. It will also stream them on mainepublic.org.

In addition, the National Federation network has again reached an agreement with the Northeast Sports Network to take the feed of the regional semifinals and finals which will be produced by the NSN.

The Class AA boys and girls quarterfinals will not be broadcast because they are being held on the home courts of the higher seeded teams.

The NSN is an advertiser-based network so there is no fee, and it’s the same with Maine Public Television and WVII-TV coverage.

Channel 7 will take the feed from NSN to air two games apiece on Wednesday, Thursday and Friday.

Maine Public previously broadcast regional semifinals and finals in addition to state championship games. But when the field expanded from four classes to five classes for the 2015-16 season and games were being held simultaneously at three different sites rather than two, Maine Public did not have the personnel or the resources to broadcast from all three sites.

“Obviously, we would like to have an arrangement with one entity for the entire tournament. Then it would be less confusing. But we have worked hard to provide the opportunity for people who can’t get to the games to be able to watch them,” Durost said.

The broadcasts are profitable for the MPA, but Durost said the TV coverage can cut into attendance and the profit margin.

Durost is happy with the arrangement the MPA has forged with all the broadcast entities.

“We’ve had to piecemeal things together, but this is the best option we have,” he said.

The MPA has four more years on the contract with the NFHS Network and it has a three-year deal with Maine Public Television. The Northeast Sports Network and WVII deals are negotiated annually.

Radio stations WHOU 100.1 FM and 101.9 The Rock will also provide coverage of the tournament, broadcasting all the Aroostook County games through the regional finals.

The upper-level low pressure area that has been parked over southern New England will continue to stall there today into the overnight period then begin to open up and shift southeast into the Atlantic Thursday.
Campaign Corner END_OF_DOCUMENT_TOKEN_TO_BE_REPLACED

Dale Crafts filed his nomination papers for Feb. 21 with the Secretary of State to officially be placed on the primary ballot on June 9, 2020, for the U.S. House of Representatives 2nd District race.
Our Sponsors END_OF_DOCUMENT_TOKEN_TO_BE_REPLACED