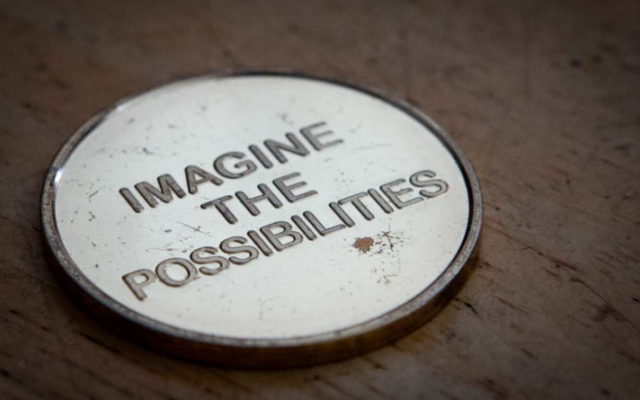 Michael Shepherd, BDN Staff • February 6, 2019
Good morning from Augusta. Gov. Janet Mills will roll out a long-previewed executive order on Wednesday that will represent her first targeted action against the state’s opioid crisis.

Good morning from Augusta. Gov. Janet Mills will roll out a long-previewed executive order on Wednesday that will represent her first targeted action against the state’s opioid crisis.

It will come two days before the release of the new Democratic governor’s two-year budget proposal. Mills has already named an opioid response czar, expanded Medicaid to more than 3,200 people under the first executive order of her administration and ordered an audit of the Medicaid program.

The scope of a governor’s executive order is limited to setting policy for the administration, but it carries no power to allocate money other than what agencies are allowed to move around. Today’s action will be a first step before the Legislature takes over budget discussions.

The order is expected to address the expansion of medication-assisted treatment and revolve around a plan Mills campaigned on. The governor previewed the executive order to be released today frequently in January, when she said in a radio address that some of her first steps will include expanding access to medication-assisted treatment in health care facilities and jails as part of a partnership with hospitals and other health care providers, increase the availability of an overdose antidote and establish a hotline directing people to services.

This conforms with a 10-point plan that Mills released in 2018 during her campaign for governor. Many of its planks will require action from the Legislature. Also, there are many problems that government can’t fix quickly. Maine and many other states lack capacity for medication-assisted treatment. Only 1,500 Mainers received it in 2017. Many more likely could benefit from it.

At his introductory press conference last month, Gordon Smith, Mills’ opioid response director, said the executive order “finds all the things that need to be implemented” as a matter of state policy, but he conceded that a broader treatment network needs to be built out.

Some of the boldest initial moves could come in state prisons, where Maine Department of Corrections Commissioner Randall Liberty plans to implement medication-assisted treatment that has so far been barred for inmates. He had few details about a pilot program in a January interview with the Bangor Daily News, but he and Mills have said it would be modeled on a pioneering program that Rhode Island began in 2016.

Between the executive order and the budget proposal, we’ll find out a lot more about Mills’ policy hopes this week. Mills has to send her two-year budget proposal to the Legislature by Friday. She has vowed to offer a long-term funding solution for Medicaid expansion — which is now being paid for with surplus funds — along with increasing funding for K-12 education and property tax relief without raising taxes. We’ll see how those policy pieces — and the ones Mills unveils today — fit together by week’s end.

Primaries are the primary focus today for the legislative committee that handles election policy. The Veterans and Legal Affairs Committee will hear testimony on a bill that calls for open, nonpartisan primaries for state and federal races, and a second that represents a new attempt to restore presidential primaries.

LD 114, introduced by Rep. Deane Rykerson, D-Kittery, seeks to open ranked-choice voting primary elections for Congress, governor, and state senators and representatives. A separate bill, LD 245, from Sen. Louis Luchini, D-Ellsworth, who co-chairs the committee, would re-establish presidential primaries in Maine. As the law stands now, state parties host caucuses, though primaries are more likely to increase voter participation. To shift oversight and financial responsibility for the presidential preference process from parties to the secretary of state’s elections bureau, the Legislature would have to foot the bill in 2020.

A public hearing on both bills will begin at 9 a.m. Click here to tune in.

Other bills up for public hearing today include three income equality bills — LD 278, LD 122, and LD 123 — from Sen. Cathy Breen, D-Falmouth, that aim to prevent wage discrimination by, for example, prohibiting employers from asking about a prospective employee’s income history until after a job offer has been made. Public hearings on those bills begin at 10 a.m. Listen here.

— The latest legislative effort in Maine to exert greater control over materials used in public school classrooms mixes new concern for sexual assault survivors with previously cited morality-based arguments. LD 94, sponsored by Rep. Amy Arata, R-New Gloucester, originally proposed amending state statute to make it legal to charge teachers and school administrators with a Class C crime if they knowingly expose students to sexually explicit or violent material. Arata amended the bill to remove the criminal component and shift the focus to mandating advance student and parental notification. Although she and other proponents testified Monday at a legislative committee hearing that reading literature or viewing art that is sexually explicit could “trigger” abuse survivors, a spokesperson for the Maine Coalition Against Sexual Assault said using literature facilitates controlled classroom conversations about sexual abuse that could “reduce isolation kids may feel” and help “prevent [future] violence.”

— The governor’s most controversial Cabinet appointee won confirmation on Tuesday. In a party-line vote, the Maine Senate confirmed former Portland police Chief Michael Sauschuck as public safety commissioner. Gun-rights advocates opposed Sauschuck because of his past advocacy for a 2016 background check referendum and restrictions on the use of firearms in Maine’s largest city. That was enough to convince all Senate Republicans to oppose him, but they fell far short of blocking his confirmation as majority Democrats unanimously backed the nomination..

— The two leaders of Bath’s city council appear poised to compete for the Democratic Party nomination to run for a recently vacated seat in the Maine House of Representatives.Council chairwoman Mari Eosco and council vice chairman Sean Paulhus both indicated that they will seek the nomination to succeed former Rep. Jennifer DeChant, who resigned last week to take a job in the private sector. Local party committees will pick their nominees for a special election, the date of which has yet to be determined.

— The president repackaged familiar campaign themes in his 90-minute State of the Union address last night. Republican President Donald Trump’s speech focused heavily on American exceptionalism, supplemented by efforts to rally Congress and his base against perceived threats from immigrants, hostile nations, terrorist groups and federal investigators. Click here to see how well Trump adhered to facts. Click here to see how Maine’s congressional delegation reacted to the speech.

Unless members of Congress somewhat spontaneously gurgling “Happy Birthday” is your definition of surprise fun, last night’s State of the Union address was sadly devoid of drama and entertainment value.

Having heard it all before, I distracted myself by poking around the internet for evidence of interesting moments from past presidential addresses to Congress. I did not find much to amuse myself.

I did gain heightened respect for Thomas Jefferson, who started a 112-year tradition of delivering the address in writing, which seems far more civilized than the teleprompted, applause-baiting affairs we have had to endure since Woodrow Wilson broke the streak with a personal address in 1913. Jefferson also apparently had fellow Virginian James Madisoncheck the grammar of one address:

“Not because he cared about such details — he told Madison; he didn’t. But the New Englanders all seemed to fret about such things, so he’d oblige them.”

Otherwise, my far from exhaustive research indicates that — other than a teleprompter malfunction during a Bill Clinton address and Richard Nixon replacing the scripted “we must replace the discredited present welfare system” with “we must replace the discredited president” — these exercises in executive oration historically have been snooze fests.

Although for news value, James Polk does earn extra credit for using his 1848 address to set off the California gold rush and laying the groundwork for the naming of San Francisco’s National Football League franchise. Here is his soundtrack. — Robert Long

The upper-level low pressure area that has been parked over southern New England will continue to stall there today into the overnight period then begin to open up and shift southeast into the Atlantic Thursday.
Campaign Corner END_OF_DOCUMENT_TOKEN_TO_BE_REPLACED

Dale Crafts filed his nomination papers for Feb. 21 with the Secretary of State to officially be placed on the primary ballot on June 9, 2020, for the U.S. House of Representatives 2nd District race.
Our Sponsors END_OF_DOCUMENT_TOKEN_TO_BE_REPLACED