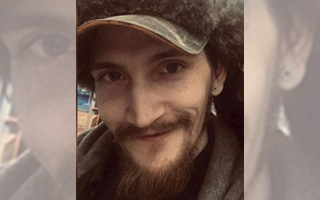 Jennifer Michaud II • January 14, 2019
A New Limerick man who had been sought by police is behind bars after Aroostook County sheriff’s deputies received a tip about his whereabouts through the Aroostook County Crimestoppers hotline.

NEW LIMERICK, Maine —  A New Limerick man who had been sought by police is behind bars after Aroostook County sheriff’s deputies received a tip about his whereabouts through the Aroostook County Crimestoppers hotline.

Sheriff Shawn Gillen said Monday that deputies arrested Michael Cullins, 26, at a residence in Easton on Sunday after receiving the tip that he was there. Police charged Cullins with domestic violence threatening with a weapon. Other charges may be added once the investigation is complete, the sheriff said.

Police began searching for Cullins late last week in connection with an incident in New Limerick on Jan. 10, and posted his photo on social  media sites asking for the public’s help in locating him. Police issued a warrant for his arrest stemming from the alleged domestic violence incident.

Maine is more than eight months into Medicaid expansion under the federal Affordable Care Act and trends around who is enrolling and where they live are starting to emerge, bucking some expectations and pointing out access challenges.
Apex Weather END_OF_DOCUMENT_TOKEN_TO_BE_REPLACED

The North Atlantic high will break down at the end of the week allowing high pressure from the west to build in with drier conditions.
Campaign Corner END_OF_DOCUMENT_TOKEN_TO_BE_REPLACED

Dale Crafts filed his nomination papers for Feb. 21 with the Secretary of State to officially be placed on the primary ballot on June 9, 2020, for the U.S. House of Representatives 2nd District race.
Our Sponsors END_OF_DOCUMENT_TOKEN_TO_BE_REPLACED