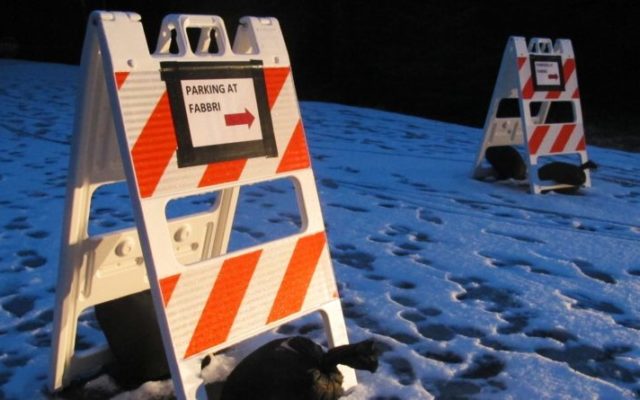 LePage laid off state workers during the 2013 federal shutdown. Mills has no plans to do so.

Good morning from Augusta. The partial shutdown of the federal government — which has lasted nearly three weeks now — is affecting Mainers from Coast Guard families to people who want to close on homes using federal loan programs.

But unlike the last long shutdown, state government has gone virtually untouched so far and Maine is one of the states where the federal workforce is least affected. Things would likely change if it lasts into February as President Donald Trump looks to extract border wall funding from House Democrats who have passed a spending bill without wall funding.

About 2,700 Maine state employees are paid with federal money. Most are unaffected by the shutdown and others look safe at least through January’s end. A spokesman for Gov. Janet Mills’ budget department said the state can operate through January without any impact on the state’s workforce, but things are more uncertain if the shutdown lasts into February.

The Maine Department of Health and Human Services and the Department of Labor are the state departments that intersect most with federal funding. During a two-week shutdown in 2014, former Gov. Paul LePage’s administration laid off 56 DHHS employees whose positions were 100 percent federally funded.

Federal Medicaid funding is continuing through the shutdown and the Trump administration has said the food stamp program is safe through February. The federal government has suspended funding for the Temporary Assistance for Needy Families program, but there have been no reports of benefit suspension in any state, according to the Center for Law and Social Policy.

LePage declared an emergency during the last long shutdown. That kind of move isn’t on the horizon now. In 2013, the state employees’ union criticized the former Republican governor’s move to lay off certain workers and declare a civil emergency that lasted nine days and surprised legislators and Mills, who was then the attorney general.

He said it was aimed at ensuring state workers didn’t lose their jobs. Democrats saw it as a power grab, but LePage ended up negotiating with the state employees’ union to suspend the requirement that workers search for jobs to qualify for unemployment benefits.

Maine ended the last fiscal year with a surplus of $175 million, so those funds or others could be tapped to tide government over until the shutdown’s end and be reimbursed if the shutdown lasts until February. Don’t expect this to be a large discussion on the state level until then.

Maine is one of the states least affected when it comes to the federal workforce. There are about 10,800 federal employees in Maine, according to federal data published by Governing. All but 1,200 of them work in agencies that remain funded during the shutdown.

That 11 percent share of affected workers is the second-smallest one of any state, behind only Rhode Island. While it’s still a large number of families going without paychecks, the impacts of a shutdown in Maine are pretty muted compared to the rest of the country.

Maine Republicans and Democrats will meet on Saturday and Sunday, respectively, to pick their new leadership teams. The race to lead the Maine Republican Party looks to be wide open. First-term Chair Demi Kouzounas is defending her seat against challenges from former state Rep. Heather Sirocki of Scarborough and former Maine Senate Majority Leader Garrett Mason of Lisbon Falls after big losses for the party in the 2018 election.

Kouzounas is backed by LePage, while Sirocki and Mason have support from several of their former colleagues in the Legislature. For vice chair, Waterville Mayor Nick Isgro is facing former House Minority Leader Ken Fredette of Newport, who is running in tandem with Mason. The party’s state committee meets on Saturday morning in Augusta.

In the Maine Democratic Party, Kathleen Marra of Kittery is running with Mills’ backing against Melissa Sterry of Augusta for the chair spot being vacated by Phil Bartlett, who has held the seat since 2014. Erik Gundersen, an aide to House Speaker Sara Gideon, D-Freeport, is running unopposed for vice chair. Democrats meet on Sunday afternoon in Augusta.

— Medicaid expansion has started in Maine, though federal approval hasn’t come yet. The Mills administration confirmed Thursday that more than 500 applicants had been approved for coverage under the 2017 voter-approved law that expands eligibility for the government-funded health insurance program under the Affordable Care Act. The Department of Health and Human Services said on Thursday that 529 people have had applications accepted in the past week, though more than 8,000 applied between July 2, 2018 — when coverage was supposed to begin under the voter-approved law — and Jan. 4, 2019. Maine voters approved Medicaid expansion — which LePage vetoed five times — but implementation was delayed in 2018 because of opposition from the former governor over cost concerns and in a lawsuit between his administration and advocates. Mills plans to pay for expansion with funds in the current state budget as Maine awaits approval from federal regulators and as the new governor works with lawmakers to create a sustainable funding mechanism for the state’s share of expansion costs.

— Democrats and Republicans will pick candidates next week for a March special election to fill a vacant Bangor-area seat in the Maine House of Representatives. Three Republicans — including LePage ally and recent Maine Senate campaign loser Jim LaBrecque — have expressed interest in running. The other two are Daniel LaPointe, who lost a bid for the seat in November, and Thomas White. The two Democrats interested in running for the chance to succeed Aaron Frey, who gave up the seat to become attorney general, are Bangor City Councilor Sarah Nichols and former legislator Joe Perry. Local party committees will meet Tuesday to pick the Democratic candidate and Wednesday to pick the Republican candidate for the March 12 election. The deadline for ballot inclusion is Jan. 18. Unenrolled candidates have until then to submit nominating signatures to the secretary of state.

— A Maine family is “living out of boxes” because they cannot complete a home purchase during the government shutdown.Federal mortgage programs are not operating, which means that home buyers like Jordan and Tracey Smith of Madison, and their five children, can’t provide paperwork needed to acquire their mortgages and move into their new homes. “My wife and I support Donald Trump. We agree with border security,” Jordan Smith told USA Today. “But he has to look and see that this is affecting other people’s lives.”

During a recent visit to Frontier Cafe in Brunswick, I ate my meal beneath a stunning photo portrait of a hard-hatted man dragging the last life out of his cigarette. It brought me back to the days when I worked on butt-strewn loading docks in Lewiston and in Worcester warehouses with people who proudly defined their professional lives by the things they made or moved.

I’ve always viewed my body as mostly a container for my brain — and therefore my identity — and I have never been good at tangible creations. I work with words, which float away. You can’t wear them, drive them, store things in them or otherwise put them to use in a way that could be called handiwork. So I greatly admire people whose efforts yield palpable, tactile results. I was surrounded by portraits of those people at Frontier, which fittingly occupies space in an old riverside Maine mill.

It turns out the man with the piercing stare is a shipbuilder at Bath Iron Works. He and his peers agreed to take part in a photo project by Heather Perry and Hopper McDonough called Southgate Faces. Troy R. Bennettexplains it all here.

Perry said she introduced the project to possible subjects by saying, “These are some of America’s last manufacturing jobs. So who are you? We just want to know who you are, just want to have a conversation.”

Southgate Faces is the result of those conversations. The blend of young and old, male and female, hopeful and despairing faces of “America’s last manufacturing jobs” makes the gallery both timeless and fleeting. I urge you to check it out or to go hear Perry talk about it at the Portland Camera Club on Monday Jan. 28 at 7 p.m. at the Woodfords Club. Here is your soundtrack. — Robert Long

Only one member of Maine’s congressional delegation had come out in favor of impeaching President Donald Trump ahead of House Speaker Nancy Pelosi’s Tuesday announcement that the Democratic-led House of Representatives would begin an impeachment inquiry.
Apex Weather END_OF_DOCUMENT_TOKEN_TO_BE_REPLACED

A strong upper-ridge anchored off the Southeastern US coast will bring warmer and more humid than normal conditions to the Valley through the late week period.
Campaign Corner END_OF_DOCUMENT_TOKEN_TO_BE_REPLACED

Dale Crafts filed his nomination papers for Feb. 21 with the Secretary of State to officially be placed on the primary ballot on June 9, 2020, for the U.S. House of Representatives 2nd District race.
Our Sponsors END_OF_DOCUMENT_TOKEN_TO_BE_REPLACED