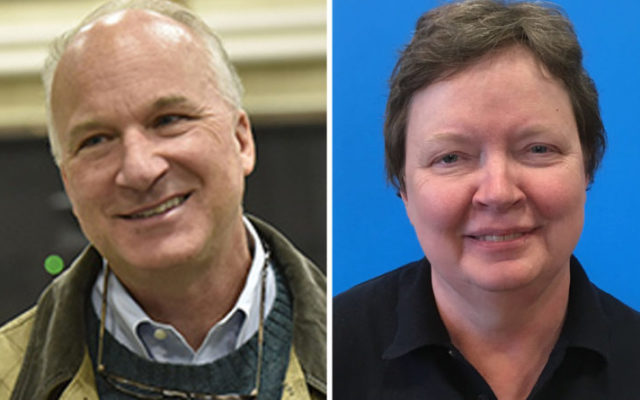 Jennifer Michaud II • January 7, 2019
Gov. Janet Mills on Monday tapped the leader of the state’s community college system and a longtime aide to serve as her top two legal advisers.

Gov. Janet Mills on Monday tapped the leader of the state’s community college system and a longtime aide to serve as her top two legal advisers.

Derek Langhauser, who has served as president of the Maine Community College System since 2015, will be chief legal counsel for Mills, and Linda Pistner, who served as chief deputy in the state attorney general’s office under Mills, will be the governor’s deputy legal counsel.

Langhauser and Pistner have “two of the sharpest legal minds in the state,” Mills said.

[Sign up for the Daily Brief, the BDN’s free daily politics newsletter]

Langhauser, 56, has more than 30 years of experience working across all three branches of state government, including serving as constitutional counsel to former Gov. John McKernan and former U.S. Sen. Olympia Snowe. He has most recently led Maine’s community college system, which has seven campuses across the state. He will leave that position on Jan. 21.

David Daigler, who has been a vice president and chief financial officer for the community college system, will succeed Langhauser and serve a two-year term as the system’s leader.

Pistner, 68, has been a chief deputy in the attorney general’s office since 1994 and first joined the department in 1979. She has served under five attorneys general.

A warm front will approach the Valley today and cross the region this evening.
Campaign Corner END_OF_DOCUMENT_TOKEN_TO_BE_REPLACED

Dale Crafts filed his nomination papers for Feb. 21 with the Secretary of State to officially be placed on the primary ballot on June 9, 2020, for the U.S. House of Representatives 2nd District race.
Our Sponsors END_OF_DOCUMENT_TOKEN_TO_BE_REPLACED