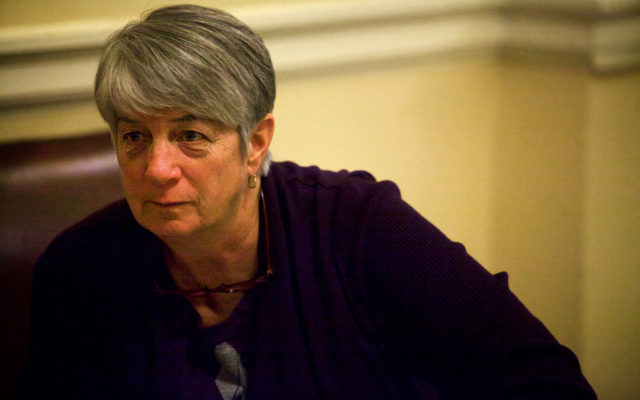 “Republican lawmakers twice nominated Terry Hayes to serve as Maine’s first independent State Treasurer,” noted Jethro Pease, who served with Hayes in the Maine House. “Terry Hayes is the only candidate who can unite Democrats and Republicans and restore bipartisanship in Augusta.”

The third consecutive poll this month in the Governor’s race shows Moody down 8-10 points behind Janet Mills. He was previously tied with Mills the first week in August. Moody took to Facebook earlier this week to claim that the multiple polls in the race, including Pan Atlantic’s polling, were “unverified.” Moody added that “nothing indicates our campaign is behind.”

“Data is stubborn,” said Hayes for Maine campaign manager Kyle Bailey. “Republicans have a choice either to unite with independents, third party voters, and reform-minded Democrats to elect State Treasurer Terry Hayes as Maine’s next Governor, or settle into life with Janet Mills in the Blaine House for eight years with, quite possibly, Democratic control of both houses of the Maine Legislature,” added Bailey, alluding to Maine’s 100 year political history of re-electing Governors to second terms.

According to all polls released in October in the Governor’s race, Democrat Janet Mills has a near 10-point lead over Republican Shawn Moody. Polling shows Moody does not have a path to victory.

Source: https://projects.fivethirtyeight.com/polls/governor/maine/. A third poll by Change Research did not include Hayes as a candidate, but still had Mills with an 8% lead over Moody.

Maine is more than eight months into Medicaid expansion under the federal Affordable Care Act and trends around who is enrolling and where they live are starting to emerge, bucking some expectations and pointing out access challenges.
Apex Weather END_OF_DOCUMENT_TOKEN_TO_BE_REPLACED

The North Atlantic high will break down at the end of the week allowing high pressure from the west to build in with drier conditions.
Campaign Corner END_OF_DOCUMENT_TOKEN_TO_BE_REPLACED

Dale Crafts filed his nomination papers for Feb. 21 with the Secretary of State to officially be placed on the primary ballot on June 9, 2020, for the U.S. House of Representatives 2nd District race.
Our Sponsors END_OF_DOCUMENT_TOKEN_TO_BE_REPLACED